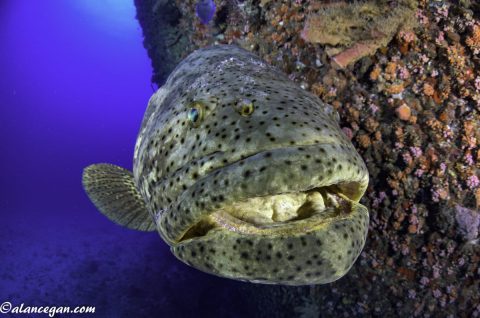 Exploring a shipwreck about 60 feet deep off Palm Beach County, Fla., my scuba diving buddies and I came upon a school of giant, mottled brown fish nearly the size of Mini Coopers.  But instead of being afraid, we were glad to get our money’s worth for this two-tank dive excursion.  For everyone on the boat had signed up exclusively for the purpose of a close encounter with Goliath groupers.

We were delighted to watch the gentle, giant fish peer at us from beneath the wreckage and boom at us like a warning bass drum if we got too close.  Some of the divers had traveled from as far as Europe for this experience; several were high-fiving each other underwater. The handful of photographers on the boat were ecstatic with the images they were capturing.  Someone counted 50 Goliaths just on the first dive.

But this popular brand of ecotourism may suffer under a proposal by the Florida Fish and Wildlife Conservation Commission (FWC).  The state agency that manages fish and wildlife resources is considering opening a limited recreational harvest of Goliath grouper in state waters following a 27-year total closure.  All federal waters (beyond nine miles in the Gulf and three miles in the Atlantic) would remain closed.

Goliath grouper have rebounded considerably from the late 1980s when the stock nearly collapsed from overfishing.  Anglers and guides– particularly on Florida’s southwest coast– have been complaining for years that the huge reef fish gobble nearly every fish they hook on some reefs and wrecks which, to them, means Goliaths have recovered enough to allow some harvest.  Similar complaints have been registered by east coast anglers, but divers and dive operators in the region are adamant that the fish still need protection because they are more valuable as a tourist attraction than as food.

The FWC is seeking comment from the public on two options:  leaving the current closure intact or issuing up to 100 recreational tags per year for four years through a random drawing that would allow an angler to take one fish per year in a 47-67-inch slot limit for a fee of up to $300.  Anglers would not be allowed to harvest from spawning aggregations of Goliaths, which typically occur from July through mid-October, nor would any commercial take be allowed.  The agency board is expected to make a decision at its December meeting in Gainesville.

Koenig and others argue that no one really knows the status of the stocks because no scientific assessment was performed before the population crashed in the 1980s.  The latest stock assessment, conducted by the FWC last year, flunked peer review for that reason. 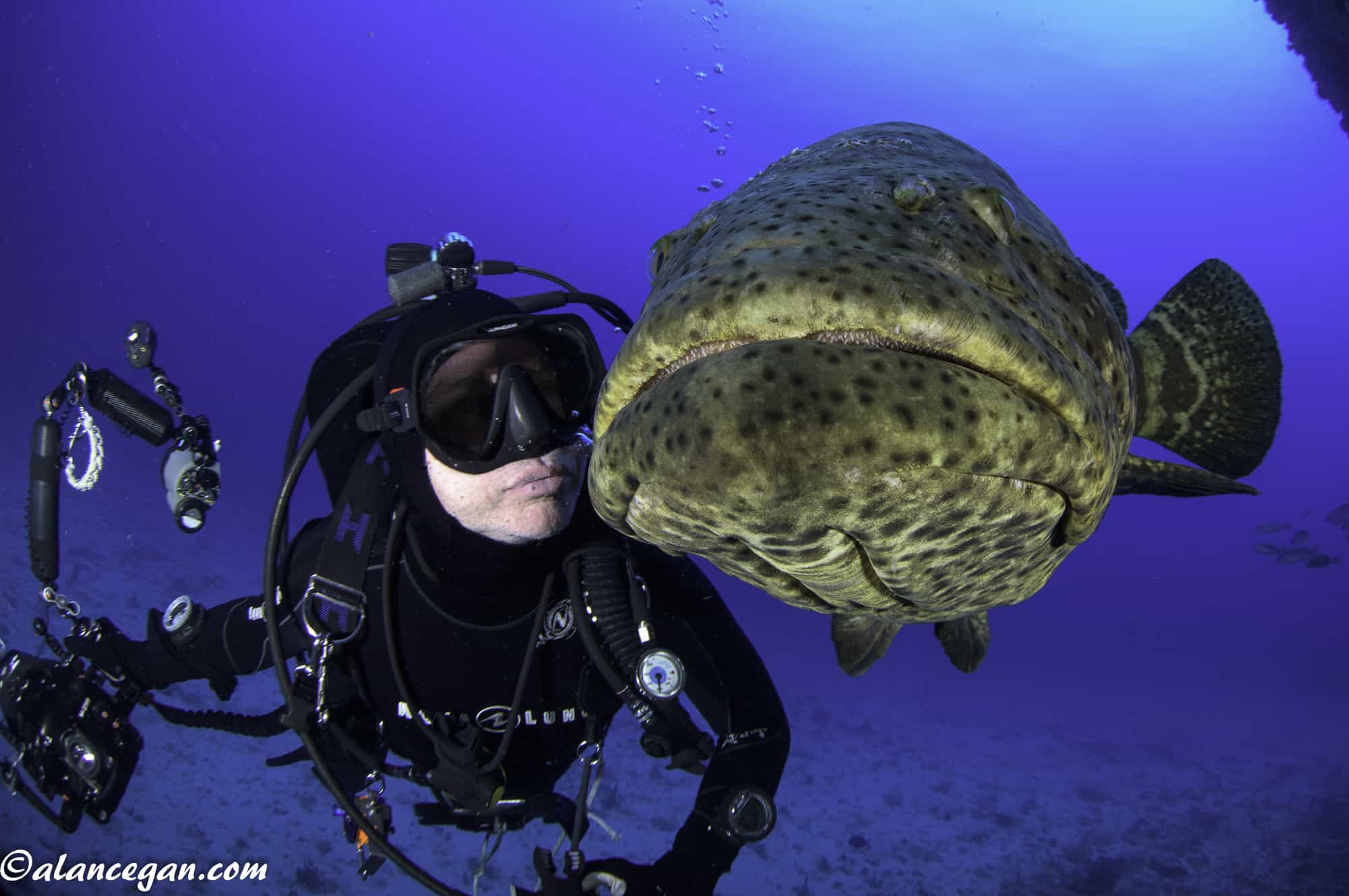 Koenig recommends that, if a limited recreational harvest is to be allowed, it should be for fish in the two-to-four-foot size range– not the four-to-5 1/2-foot slot the FWC proposes.  That’s because the smaller-slot fish are caught mainly in inshore estuaries– such as Everglades National Park–where anglers and guides report their catches and releases in creel surveys.

“You can get a reliable biological model that is highly conservative,” Koenig said.

The larger fish that the state is recommending for harvest, he said, are so high in mercury– a toxic heavy metal– that they could potentially sicken those who eat them.  And research by Koenig’s FSU colleague Chris Malinowski indicates mercury build-up is actually killing the fish themselves.

“It’s ridiculous what the state’s doing,” Koenig said.  “You can’t even eat them.”

Koenig says the fish ought to be managed as tourist magnets.

“You can’t see a fish like that anywhere else in the world, and you can dive on 50 to `100 of them off Palm Beach County,” he said.  “You can non-destructively exploit them.”

There are many opportunities to provide input on managing Goliath groupers in Florida.  The FWC will hold workshops around the state throughout the month of October.  For more information, visit myfwc.com/fishing/saltwater/rulemaking/workshops/.