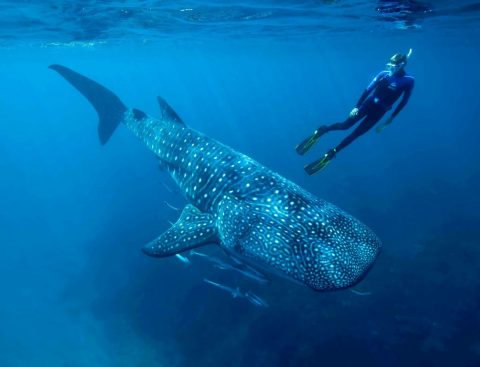 There’s a bulldozer coming slowly toward you as you float in the warm waters off Mexico’s northern Yucatan Peninsula– and it’s ALIVE.

Brown with lots of white spots, its gaping maw the size of a front-end loader, a 15-foot whale shark is cruising only six feet away.  And despite your wildly-thumping heart, the shark doesn’t really care that you are there; it’s concentrating on sucking up zooplankton on the surface.  Its small eye darts in your direction, but the shark never alters its slow, steady course.

If you join Guy Harvey Outpost’s Whale Shark Expedition to Isla Mujeres, Mexico Aug 5-11, led by Angela Smith’s Shark Team One, you are virtually guaranteed a repeat of this scenario multiple times per day.  Your group of 10 explorers will shoot photos and video of the largest aggregation of the endangered animals known to science; learn to identify individual sharks; and contribute to a research data base compiling numbers, sex, behavior, and size information.  You may also get to extend this exercise to include manta rays which are frequently seen swimming with the whale sharks.

“It’s crazy good swimming among sharks that big!” Smith said. “We’ll get a lot of time in the water because it’s a private charter.  I want [guests] to go away feeling they became shark advocates because they helped and learned things about shark conservation.” 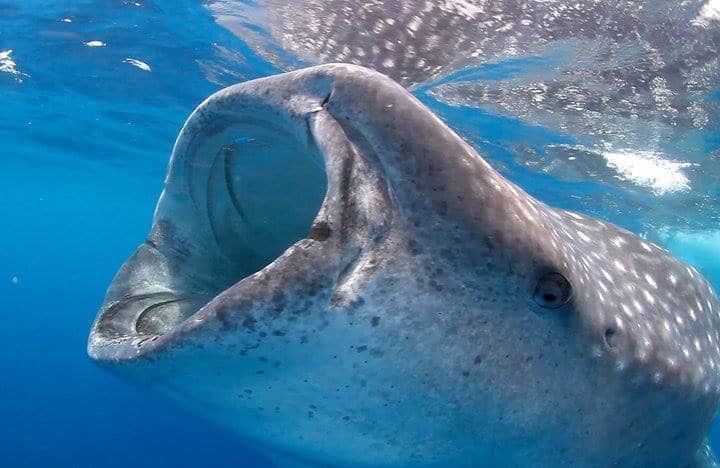 Smith, an award-winning film and video producer and marine conservationist, founded Shark Team One in 2013 to advocate for, protect, and study endangered sharks around the world. Expeditions to locations such as Mexico, Belize and the Bahamas enlist citizen scientists to observe, document and create public awareness of the sharks’ plight.

In Isla Mujeres, visitors may only snorkel with whale sharks; scuba gear is not permitted because of disruptive bubbles.  Flash photography also is prohibited, so Shark Team One photographers will learn how to make the best of natural light.

After each day’s snorkel adventure, participants will enjoy a beach lunch and head back to town for optional shopping and cultural tours or just relaxing at Hotel Playa Media Luna, a Guy Harvey Outpost Expedition Lodge that will serve as base camp.  Dinner will rotate among various local restaurants.

If this sounds fun to you (and it should!!!), book your reservations now at the Guy Harvey Outpost web site! 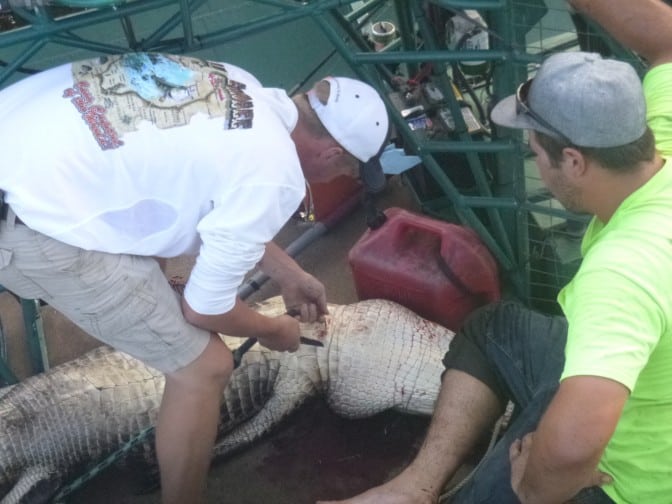