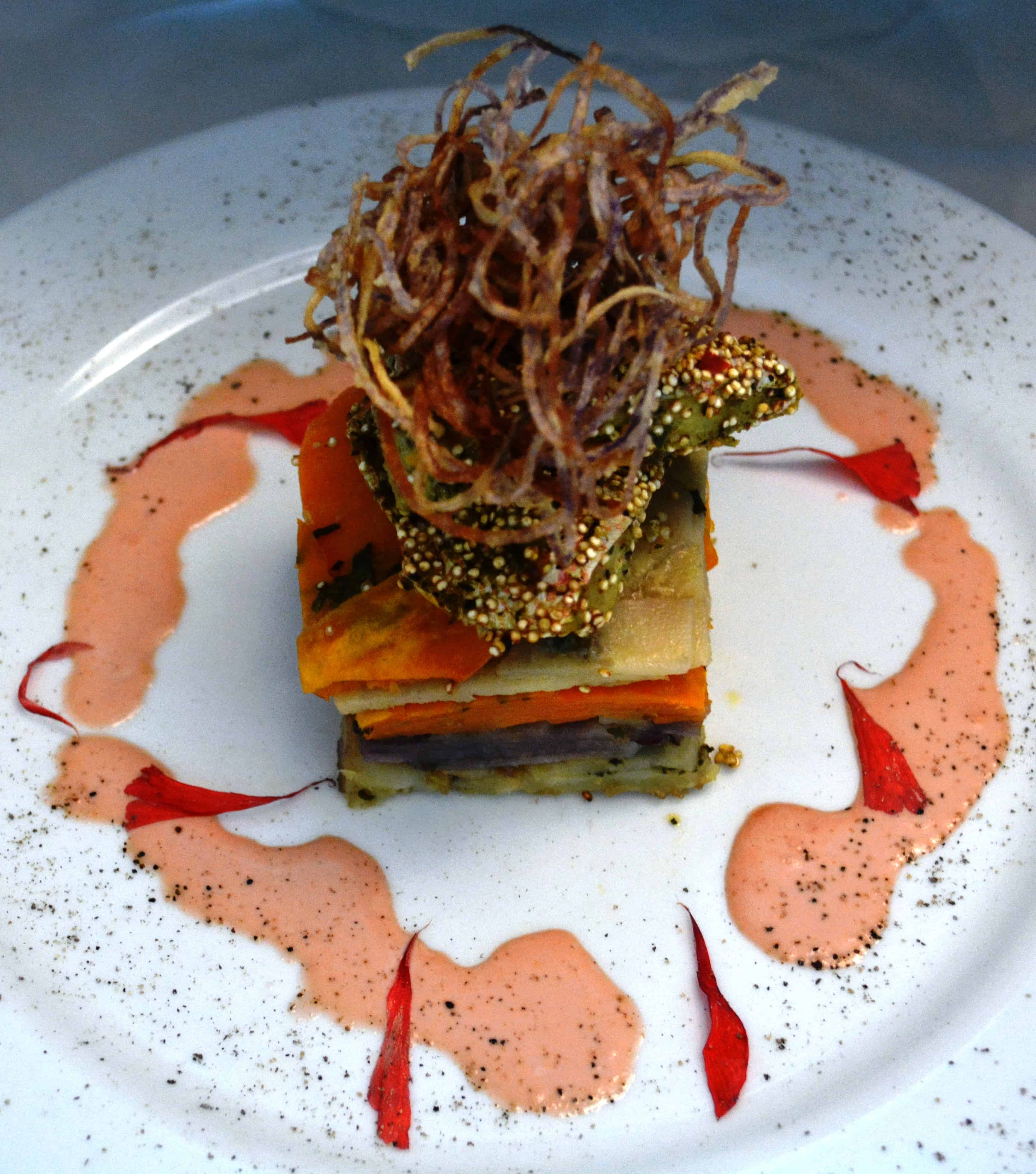 Guests at the Southern Cross Club– a Guy Harvey Outpost Expedition Lodge located on the smallest of the three Cayman Islands– need never be concerned about the freshness nor sustainability of the seafood served to them.

That’s because the staff and some of the guests catch a lot of the meals themselves, which is then prepared under the exacting and creative direction of executive chef Anu Christopher.

“We have a fishing guide who takes our guests,” Christopher said.  “Most of the time, they come back with fresh tuna, wahoo, mahi and snapper.  We try to build a menu based on what is coming in locally.  Fresh fish is a priority.”

Like other Guy Harvey Outpost eateries, the restaurant at the Southern Cross Club adheres strictly to sustainable seafood guidelines.  Species that are red-listed are no-no’s– including shark, sea bass, and grouper.  The government of the Cayman Islands– spurred by research conducted by Dr. Guy Harvey himself–prohibits the harvest of grouper from spawning aggregation sites during the winter months.

But snapper such as yellowtail and silk — a deepwater species– are plentiful around Little Cayman, and one of Christopher’s signature entrees is quinoa-encrusted silk snapper with a root vegetable mosaic and red hibiscus beurre blanc (see recipe below).

“We infuse international influence with Caribbean influence,” the chef said.

Christopher, married with two sons, came to Southern Cross in 2011 from Grand Cayman where he ran a popular hotel kitchen for 11 years.  But he didn’t always yearn to be a chef.

After graduating from college in his native India with a bachelor’s degree in zoology, he decided on a whim to take the entrance exam for a culinary school and passed it.

“Why not give it a try?” he said. “I thought it was interesting.  After the first year, I knew I had an inclination.”

He undertook two years of kitchen management training and was posted to one of the Oberoi Group of hotels in Mumbai.  After several years, Christopher decided to gain some international experience and went to work for Miami-based Celebrity Cruises, overseeing breakfast, lunch and dinner for thousands of passengers en route to Alaska, Bermuda and the Caribbean.  After five years, he moved to the Cayman Islands.

“A very unique place,” he said.

The chef and his family live on nearby Cayman Brac and he commutes by small plane to his job weekly.  For fun, he reads memoirs and travels to India and abroad.

1. Marinate the Snapper fillets with lime juice, salt and pepper. Roast the Quinoa seeds in a frying pan until light brown in color. Crust the Sanpper fillets with the roasted quinoa seeds. Pan fry the fish in medium heat until cooked and set aside.

2. Slice all the Root Vegetables to 2 mm slices using a Mandolin grater. Layer alternately in a baking tray sprinkling the Parmesan cheese in between. Top it with the heavy cream. Cover using an aluminium foil. Bake at 350 degree Fahrenheit  for 30 minutes.

3. Heat a sauce pan. Sweat the chopped shallots until translucent. Deglaze using the white wine. Add the heavy cream  and Red Hibiscus petals and bring it a boil. Put off the fire and puree the mixture in a blender. Fold in the soft butter.

Make spirals of all the root vegetables using a Japanese mandolin grater.  Dredge in  seasoned all purpose flour. Deep fry until crispy in the shape of a nest.