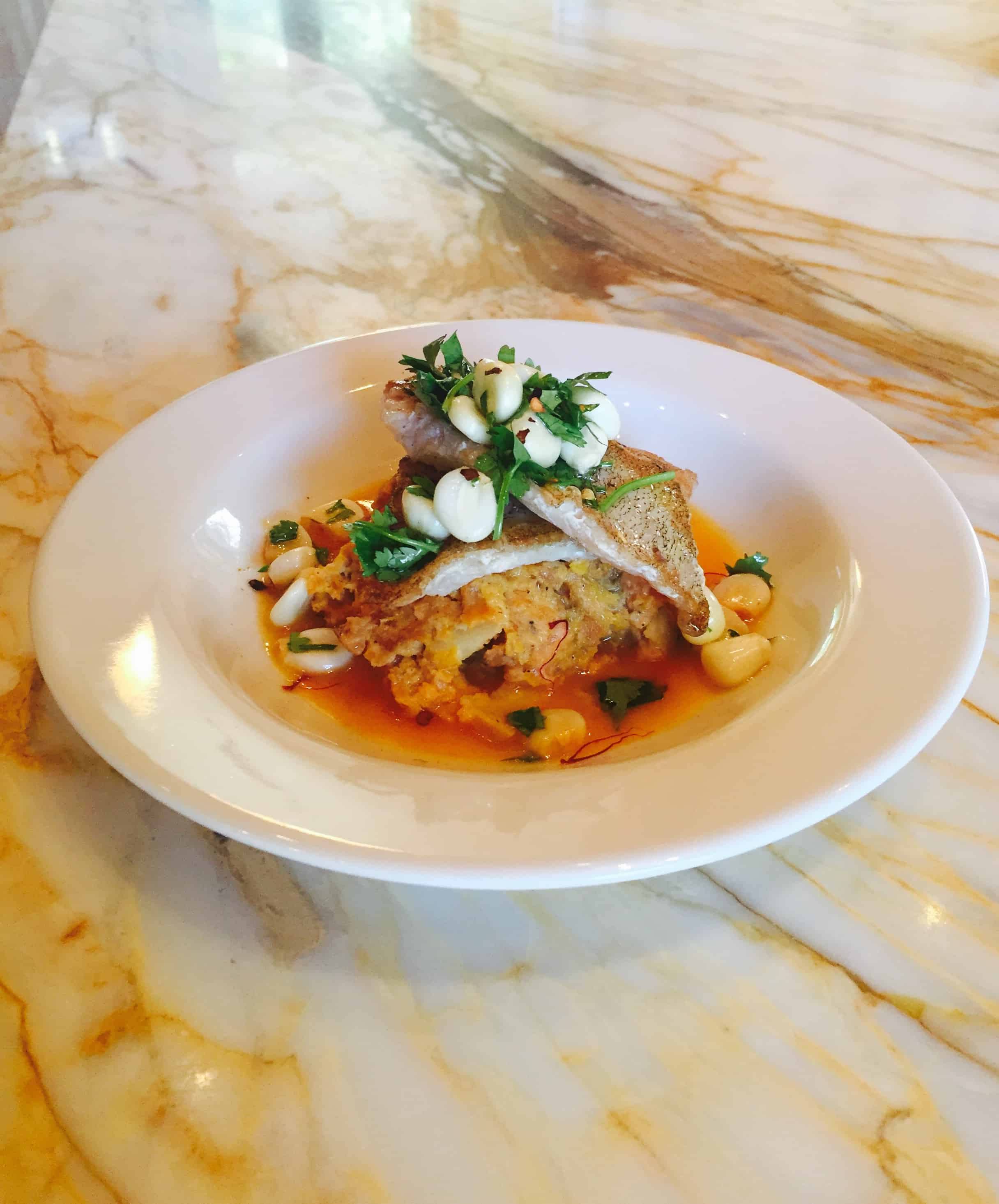 Growing up between the settlements of Bimini and West End in the Bahamas, Patrick Pierre really thought he wanted to become a pilot.  But after graduating from high school,  he decided to join some friends who were attending the Bahamas Hotel Training College in Nassau.

“I wanted to be close to my friends and I just went in and I loved it and it just took off from there,” Pierre said.

He found work in restaurants in Freeport, Grand Bahama Island before joining Old Bahama Bay Resort & Yacht Harbour on West End in 2006 where he is executive chef.  His seared lionfish (see recipe below) became a big hit with guests– after he gave them a little education.

Lionfish — an exotic species from the Indo-Pacific– have invaded the Caribbean, South Atlantic and Gulf of Mexico over the past decade or so.  The candy-striped predators decimate local fish populations and can reproduce successfully in wide ranges of salinity, temperature and depth.  They feed by sucking in their prey and defend themselves with venom-tipped spines on their bodies.  However, lionfish meat contains no toxins and has a mild flavor.

“Most people thought lionfish was poisonous, but we explained it’s just the prongs,” the chef said.

He soaks the prongs in ice water for 24 hours to remove the venom, then re-purposes them as toothpicks for spearing conch fritters.

When Pierre isn’t creating recipes and supervising the restaurant staff, he studies languages in his spare time.  Right now, he’s learning Hebrew and he already speaks Creole, French and a little Spanish –in addition to English.

Here’s Chef Patrick’s favorite recipe for Seared Lionfish, served on a bed of sweet potato puree and topped with roasted corn and cilantro salsa and sitting in a bowl of bouillabaisse.

Scale and fillet lionfish, leaving on one side of the skin. Squeeze fresh lemon juice over the fillet and dust it with fresh-ground salt and pepper.  Place the fillet skin side down in a pan of hot olive oil and cook until the skin side is crisp (about 2-3 minutes).  Finish in the oven at 350-375 degrees for 3 to 4 minutes.

Roast fresh corn for 10-12 minutes on the grill, then cool and shave.

Make a broth by adding fish and lobster heads, conch and shrimp parts to boiling water.  Strain through a cheesecloth.  Add saffron and sea salt and pour into bowl about 1/4 inch deep.