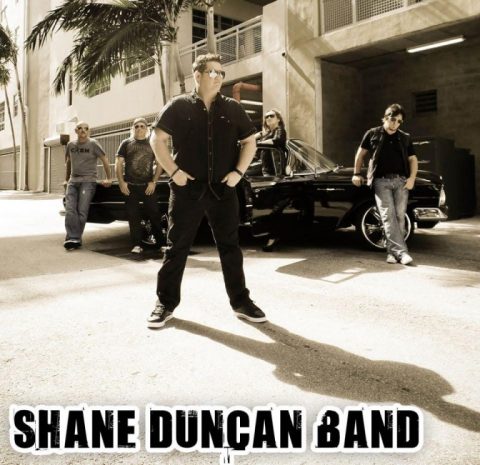 Rock On at the Blazing Mako

The Blazing Mako Tournament and Festival June 17-19 at the Islander, a Guy Harvey Outpost in Islamorada, will showcase fishing, art, conservation, rum, beer, paddleboarding, and a metal sculpture set on fire– all set to a Key-sy soundtrack.

Providing the musical background for the Father’s Day weekend festivities: a host of talented artists headlined by the Shane Duncan Band, which writes, records and performs a unique brand of high-energy country rock.  The group hit the charts worldwide with “Get Your Drink Up.”  It has been featured on Velocity Channel’s hit television show, “South Beach Classics” and the Cooking Channel’s “Road Trip” and partnered with the NASCAR Truck Series Race Team on “Make Motorsports”.  The band has opened for top country headliners Luke Bryan, Blake Shelton and many others.

Festival goers also will enjoy the sounds of Keys residents Billy Davidson and Steve Webb, who write and record original music and perform both together and separately at numerous venues around the island chain.  Davidson, with his rock/pop sensibilities, plays acoustic and electric guitar, mandolin and harmonica.  Early in his career, his band opened for the Marshall Tucker Band, Commander Cody, and New Riders of the Purple Sage.

Webb’s sound flows along country/folk/bluegrass notes, blending fiddle and mandolin with guitar.  Together, the music of Webb and Davidson has been variously described as pop/grass, country/folk and pop-country/Americana. Whatever you call their styles, both play to full houses wherever they go.

Jess Atkins, a self-taught singer/songwriter and guitar picker from Montana, joins the Blazing Mako music line-up with his original melodies and soulful covers of timeless classics.  His picking style calls to mind artists like Leo Kottke and Dave Matthews. A regular performer at restaurants and bars around the Keys, the Islamorada musician also is a skilled fly fisher.

The acoustic sounds of The Carousers– the Islamorada duo of Nick Kimball and Kris Bacen–blend bluegrass, rock, country, and blues into original music and their rendition of classic tunes.  They combine fast picking, vocal harmonies and raw acoustics that appeal to a wide audience.

French vocalist/guitarist Chris Loung will team with percussionist Ric Chandler in the duo “LUNG” to rock poolside at the Islander.