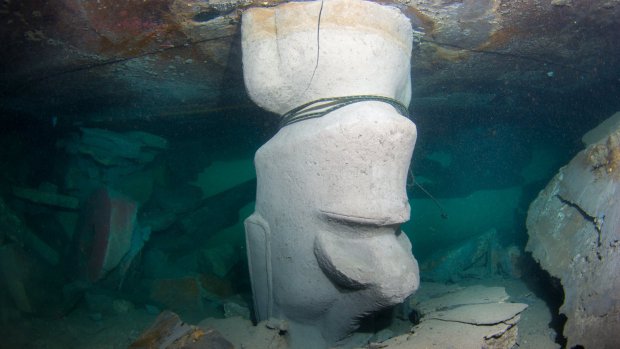 The upside down wreckage of the Rapa Nui Reef 67 feet deep off the Deerfield Beach Pier looks like the dark basement of a house crushed by an earthquake.  But maybe not for long.

Plans are reportedly in the works to cut openings for divers to access the hull of the 150-foot-long barge that crushed 14 Easter Island-like statues affixed to it during the problem-plagued June sinking.  Broward County recently deployed 500 tons of limestone boulders dubbed ‘Mount Deerfield’ just north of the site. And philanthropist Margaret Blume of Boca Raton and artist Dennis MacDonald of Pompano Beach are considering placing more statues, called moai, in a sculpture garden in the sand around the barge.

Right now, Rapa Nui– the Polynesian name for Easter Island–isn’t much of a dive.   Swimming beneath the barge is dangerous because it’s only being held up off the bottom by the brittle remains of the statues and their concrete base.  One strong storm, and the rusty hulk will plop into the sand.

But this project was not a complete failure.  The goal of creating new marine habitat is already happening. Algae coats the overturned hull, attracting bait fish and the grunts and gray snapper that eat them.  A reliable observer reported two Goliath grouper swimming around the wreckage.  And when I dived it with Jeff Torode, operator of South Florida Diving Headquarters, a feisty triggerfish– backed by a posse of its buddies– attacked his GoPro as he shot video.

With the planned enhancements, Rapa Nui could become as enjoyable for divers to visit as it is now for fish.  Visitors could easily explore the underwater artwork and Mount Deerfield in a single drift dive. And there are other scenic reefs –both coral and manmade– in the immediate vicinity that warrant making a day of it.

“I would like to improve it as a dive site,” Blume, who put up $500,000 for the June deployment, said. “I really hope we will do something wonderful even on a small scale.  You can’t give up too easily.” 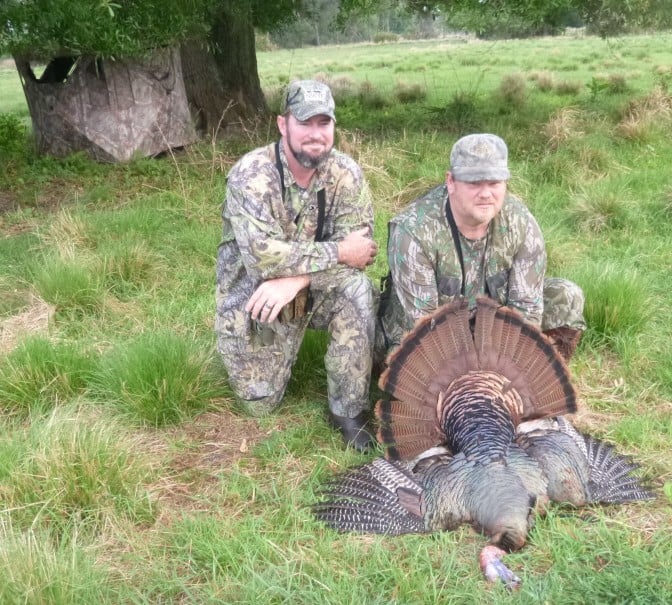