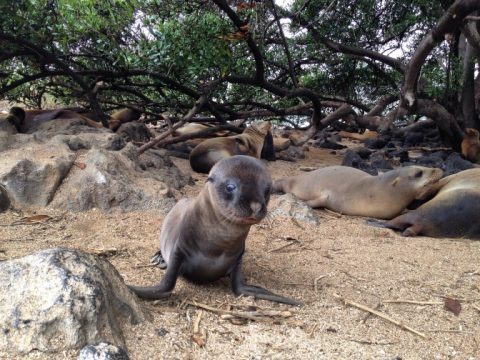 Coming as soon as 2017 to the Guy Harvey Outpost Expedition Collection will be a signature eco-lodge resort on San Cristobal in the Galapagos Islands– where Charles Darwin first set foot in 1835 on his way to establishing the theory of evolution of the species. The Outpost will offer photography adventure and fishing expeditions.

For more than 180 years, scientists from around the world have followed Darwin to these remote Pacific islands about 600 miles off Ecuador to study an array of marine and terrestrial creatures found nowhere else such as the Galapagos sea lion, Galapagos tortoise, and the marine iguana. Visitors come in droves to participate in ranger-led tours centered on these unique animals in the Galapagos National Park.

But what if visitors could observe scientific research close-up, watching over the shoulders of researchers as they make discoveries in real time?

“That’s the goal– to establish an Outpost where you don’t just go fishing. You also get to experience science going on there and learn about the scientific discoveries that are being made on the animals that people are going there to see,” said Dr. Mahmood Shivji, head of the Guy Harvey Research Institute at Nova Southeastern University near Fort Lauderdale.

“We hope to study movement patterns and migrations of a variety of animals– sea lions, land tortoises, boobies, frigate birds, white marlin–in collaboration with the Galapagos National Park Service and scientists from the Universidad San Francisco de Quito in the Galapagos,” Shivji said.

He explained there are lots of procedures to go through for anyone wishing to conduct scientific research in the Galapagos; proposals must undergo several levels of government review before any permits can be issued. And park officials expect scientists publishing their findings to share them with the park. Non-scientists would not be allowed to touch any of the animals, but they might be able to help the scientists conduct observational surveys and would definitely have a look at the scientific data as it is being collected.

Shivji, who has made some breakthrough genetic discoveries surrounding sharks and billfish, is itching to conduct DNA research in the islands.

“DNA contains an amazing amount of information on the current and past status of species and populations. There’s still lots of discoveries to be made. In addition to generating basic knowledge of how animals evolve, that information also is essential in helping the Galapagos National Park inform their policies for conserving these amazing, iconic species in this unique place,” he explained.

And YOU might get a front-row seat. Check back at GuyHarveyOutpost.com for updates on Galapagos expeditions. 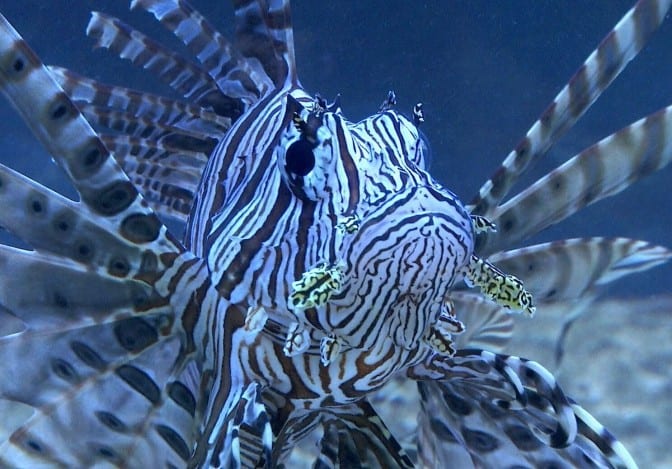