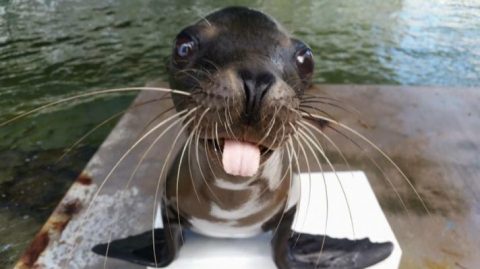 If you and your family are planning an escape to Florida from the frigid north for spring break, you’re probably already salivating over the prospects of sipping a cool drink on a warm beach, splashing in the waves, or catching a fish dinner for the restaurant at one of our Guy Harvey Outpost resorts.  But there are plenty of other attractions and activities for vacationers of all ages to keep busy and have fun when you decide to take a break from the beach.  Here are some suggestions:

Visit two of Florida’s state parks in a three-hour guided boat tour out of Robbie’s Marina offered Fridays through Sundays through April.   Your first stop is Indian Key Historic State Park where you will walk the perimeter of the 10-acre island that served as the 19th century county seat of Miami-Dade.  You’ll see the ruins of a once-thriving town populated mostly by ‘wreckers’– people who made their living salvaging merchant ships that got stuck on the nearby coral reefs– and check out the tropical plants originally grown by a physician/botanist who lived there in the 1830s.

Your second and final stop is nearby Lignumvitae Key Botanical State Park located only a short boat ride away where you will join a park ranger for a guided tour of the Matheson House and the surrounding tropical hardwood hammock.  The house, built in 1919, looks much as it did at the turn of the 20th century, with polished wooden floors, cisterns and the remains of a windmill tower now occupied by an osprey nest.

In a walk through the woods, you’ll spot the eponymous lignumvitae tree which doesn’t look like much, but whose wood is so dense and hard that it was used extensively in shipbuilding. You’ll also get a look at trees with weird names such as poisonwood, strangler fig, and gumbo-limbo.

Join Captain Spencer Slate on a shallow-water dive/snorkel/glass-bottom boat trip April 16 as he dresses up as the Easter Bunny and leads the tenth annual underwater Easter egg hunt.  Prizes will be awarded to everyone who attends, but there’s a special surprise for whoever is lucky enough to find the golden egg.

For lodging packages at the Islander Resort, a Guy Harvey Outpost in Islamorada, GO HERE.

You just can’t help gazing at the mesmerizing peacefulness of the 33,500-gallon aquarium at the RumFish Grill at Guy Harvey Outpost, a Tradewinds Beach Resort on St. Pete Beach.  Filled with numerous species of colorful, native tropical fish, it was designed and built by the crew on Animal Planet’s popular television show, TANKED. Lately it has added some new inhabitants, including two stingrays, Atlantic blue tangs, doctorfish, ocean surgeonfish, and a large French angelfish–enhancing its hypnotic appeal.

But you don’t have to be content to just admire the aquarium’s residents from the restaurant.  Visitors aged 8 and up are invited to plunge right in with these friendly sea creatures on guided snorkeling tours.  It’s safe, fun, and a lot more exciting than watching “Finding Dory” on TV.

Check out a variety of watercraft from kayaks to cabin cruisers at St. Petersburg’s expansive Tropicana Field March 10-12.  Boats new and used will be on display indoors and outdoors. You may end up towing your new purchase back home after spring break. Admission is free; parking costs $6.

Make plans to attend the 43rd annual Fine Arts Festival on the Bayou in Tarpon Springs April 8-9.  Held at Craig Park on the scenic Spring Bayou, it will feature as many as 250 exhibitors of a wide range of juried art.  The event also includes food and live entertainment.  Admission is $5, with free parking and shuttle service.

Then on April 22-23, St. Petersburg will host the 42nd annual Mainsail Art Festival at waterfront Vinoy Park.  Peruse paintings, sculpture, ceramics, jewelry, tapestries and many other media while listening to live music and munching on local treats.  Kids will be able to create their own artworks in a special tent; adult professional artists will vie for a share of a $60,000 prize purse.  Admission is free.

Attend workshops and lectures on birding and photography; take walking, boating and kayaking tours of scenic woods and waters; and add to your life list in this April 26-30 outdoors extravaganza.

The event will be based at the Guana Tolomato Matanzas Estuarine Research Reserve, located just off A-1-A about halfway between St. Augustine and Jacksonville.  Outdoors and photography gear will be on display and food trucks will be standing by to serve hungry hikers.  Some of the outdoor tours already are sold out, so make a reservation now.  There’s a $25 registration fee.  Cash and prizes will be awarded in a photo contest.

This is the only place in the world where you can see all 24 of the world’s alligator and crocodile species in one place– including Maximo, a 15 1 2-foot-long, 45 year-old Australian croc.  Other reptiles such as the Komodo dragon are housed here as well.  An ancient, spreading oak in the middle of the park serves as a scenic rookery for many colorful local birds and provides limitless photo ops.  You can tour the park on foot or take a zip line tour. 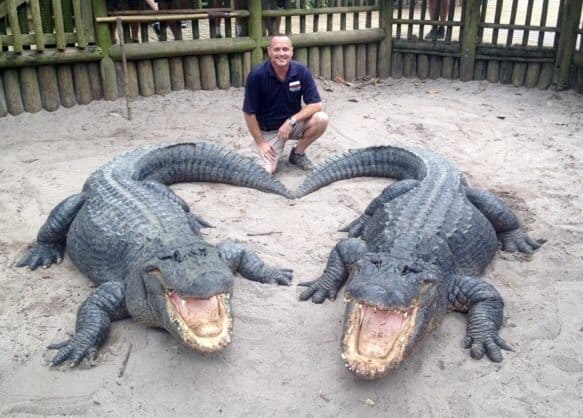 This just-opened, 80,000-gallon aquarium holds more than 200 marine fish, and also features a shark and stingray cove. There are hands-on displays and opportunities to snorkel with the tank’s inhabitants. An odd-looking guitarfish and a friendly nurse shark are among the highlights.  Future plans call for a zip line and educational facilities.