What’s in a boat name? Hemmingway tackled giant blue marlin on his “Pilar”. Quint pitted his “ Orca” against the legendary great white shark, JAWS, and Columbus had three – the “Nina” the “Pinta” and the “Santa Maria”. By the way, a little known fact is the “Pinta” was the fastest of his three.

It is a serious task, for sure, to name a boat – as it tells of her spirit, and sometimes even her destiny. It’s an even harder job to come up with something unique as there surely are many boat names as there are fish in the ocean. But we have a new 60 foot dive boat, and we have a job to do! 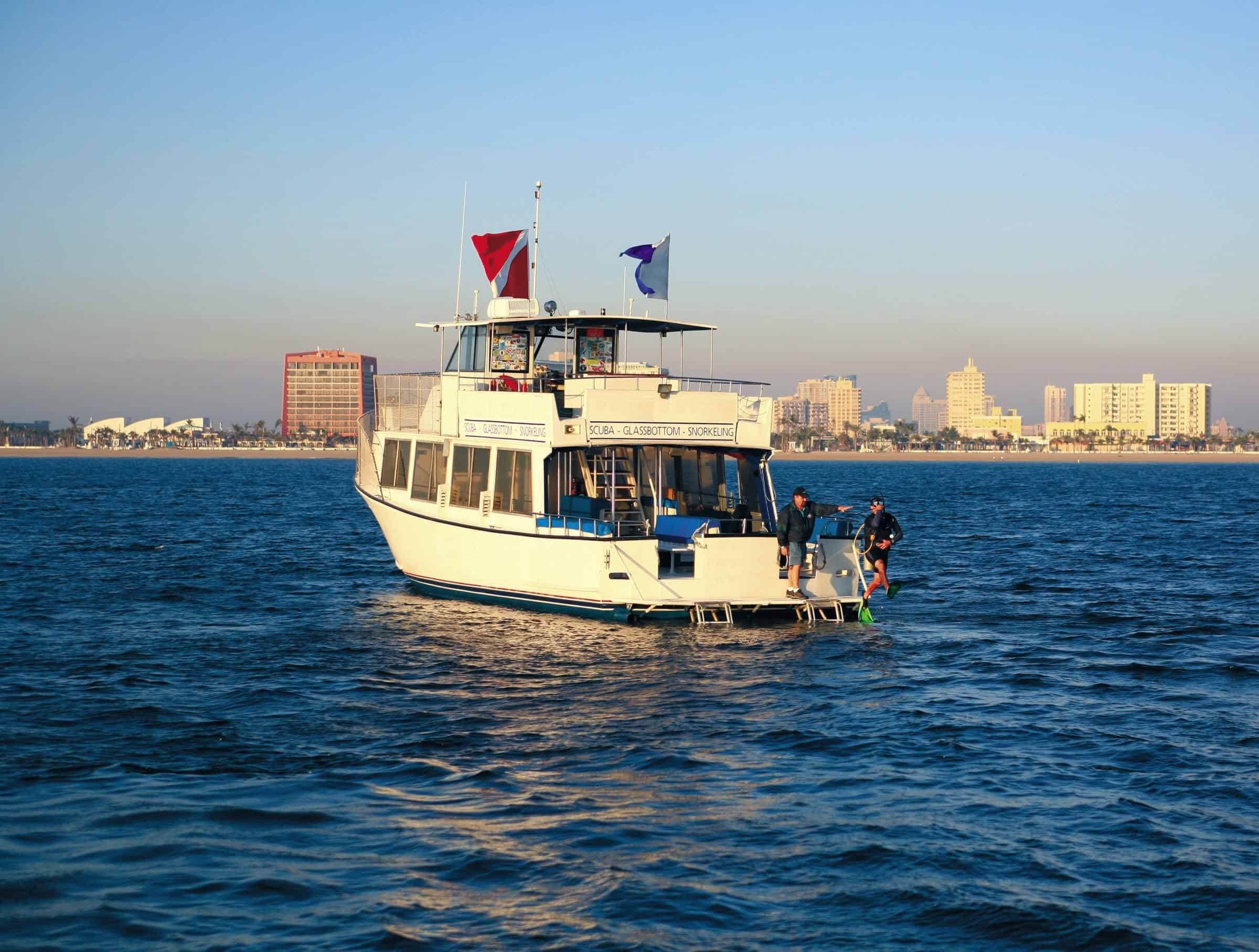 Guy Harvey and Neal Watson, who have teamed to form Dive Bimini at the Bimini Big Game Club, want your help. They’re looking for a boat name – a name that divers from around the world will immediately recognize and come to symbolize the most famed dive boat in all of the Bahamas.

So true to the Guy Harvey Outpost sporting nature, we’re putting a little competition together to come up with the name of the new boat. It’s a two-part challenge:

First, send us your suggested names by filling out the form at the link below. Send as many as you can think of. There are no rules on the name you wish to submit, although we’re going to favor ones that are clever, entertaining, easy to pronounce and not too long. The others? We’ll toss them out…but, of course, we’re expecting yours will be in the “keeper file” pile!

Then a group of us at Guy Harvey Outpost, including Guy and Neal, will rally up and review the “keepers”, from which we’ll create a shortlist of four names. These four names will then be posted to our Guy Harvey and Outpost Facebook pages and be put to a vote by our fans.

The name with the most votes wins and becomes the new name of our dive boat. And if it’s the name you submitted, not only will you get a personal “high five” letter of thanks from Guy and Neal, we’re going to give you a complimentary 2 night stay at the resort and include a two tank dive on “your” dive boat. Sure, there’s some fine print, but nothing that should stand in the way of entering and having some fun – remember, this is how a legend begins!