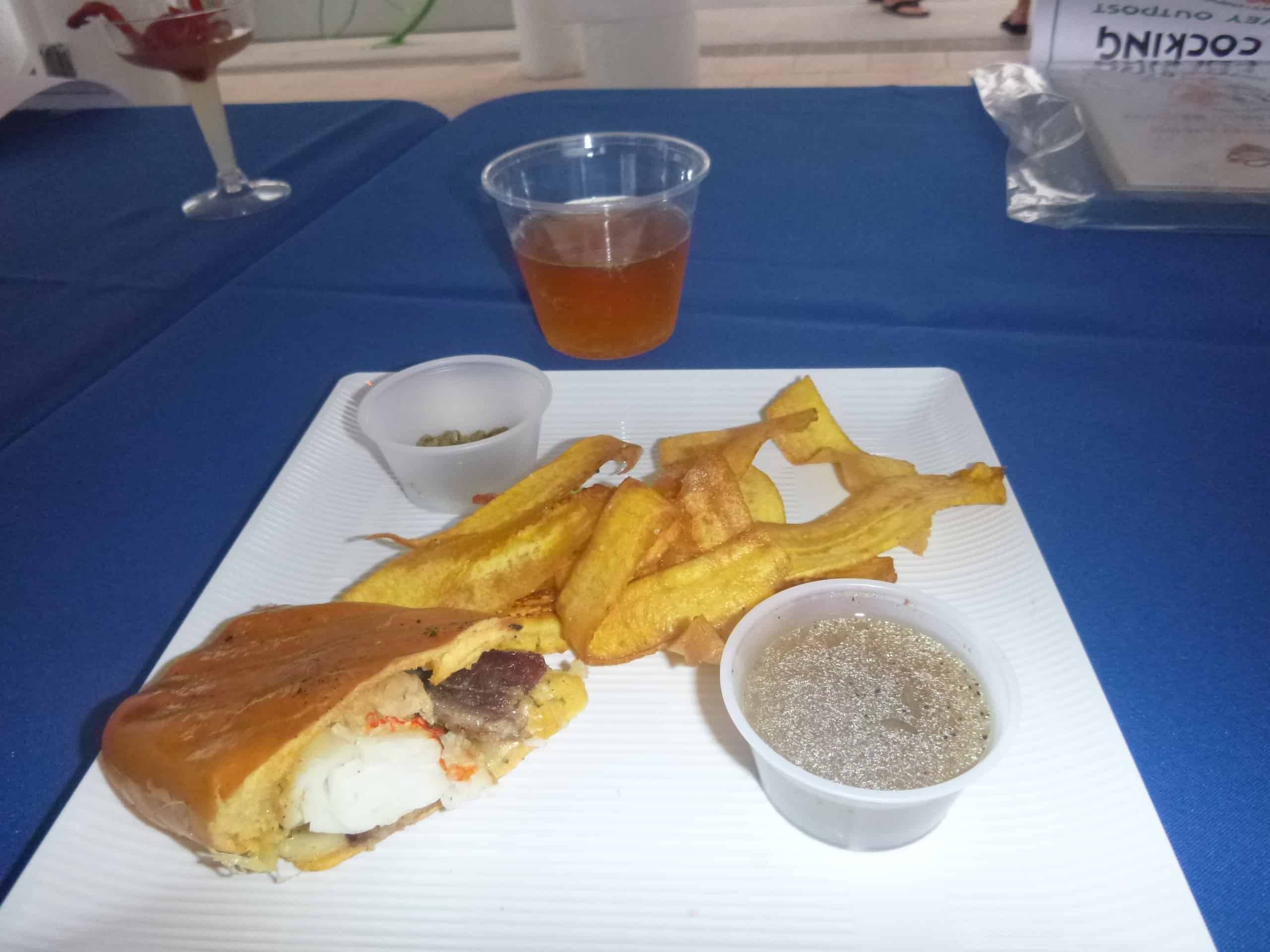 Neither Dan Knorr nor Billy Catoggio hails from Cuba, but you’d swear they do after tasting their Lobster Medianoche sandwich. Substituting fresh-caught Florida spiny lobster for the midnight sandwich staple of pulled pork, and retaining the pickles, mayo and pork shavings encased in a sweet roll with Cuban mustard and mojito sauces on the side, the two amateur chefs topped the field in the recent “Bug Fest” lobster recipe contest in Lauderdale-By-The-Sea.

The event is among the highlights of the town’s fourth annual festival celebrating Florida’s two-day lobster mini-season held in late July.   Hundreds gathered at a beach pavilion to watch hungrily as our panel of four judges tasted various crustacean creations and filled out our ballots.  Then the audience got to gobble free samples.  There was a creamy, mushroom-laden lobster Thermidor;  spicy coconut curry lobster;  lobster in lime-butter-basil sauce on a bed of pureed cauliflower; panko-crusted lobster with a brandy reduction and parmesan cheese; and even a lobster-tini– vodka infused with lobster stock and garnished with a crayfish.

All were delicious, but Knorr– maker of Reef Safe biodegradable sunscreen–and Catoggio–co-creator of ScubaNation TV–really nailed it with their Havana-inspired delicacy.  What fun eating and drinking other people’s culinary masterpieces!  Sign me up for next year.

But it is not too late to concoct your best lobster or seafood recipe for fame and prizes.  Guy Harvey Magazine is conducting a sustainable seafood recipe contest through Aug. 13, awarding marine-related swag for the top three and publishing them in the magazine. If you are looking for inspiration, check out the Lobster Tortellini crafted by Chef Andy from Islander Resort, a Guy Harvey Outpost in Islamorada.  Could be tough to beat, but give it a try.

It could mean the beginning of a rewarding new career that includes being berated on national television by Gordon Ramsay.