ALICE TOWN, BIMINI—SEPTEMBER 2, 2010 – Not since Junkanoo has the tiny island of Bimini—just over 50 miles from the Southeast Florida mainland— seen such a fun-filled weekend as the “Game On” Bimini Blast hosted recently by the members of the Lauderdale Yacht Club.

Held at the newly re-opened Bimini Big Game Club, a Guy Harvey Outpost Resort and Marina, the four-day fishing and family-oriented Bimini Blast was a return to a traditional Bahamas outing for the 1,000-plus member Lauderdale Yacht Club, which was first established in 1938.

Some 140 guests, many arriving in a flotilla of 32 boats ranging from 23 to 75 feet, partied hardy to the island music and sounds of Mango Man, and enjoyed many activities, including their annual Offshore Fishing Tournament, kids dockside fishing fun and conch shell painting, a visit to the world-famous Bimini Biological Station’s Shark Lab,  the “Splish Splash” pool party and traditional Bimini Blast LYC group photo, a “Big Fish” tattoo contest, the “Game On” best meat BBQ Cook-off competition, plus other local outings …all interacting with the general laid-back ambiance offered only in Alice Town, the cultural hub of the island. 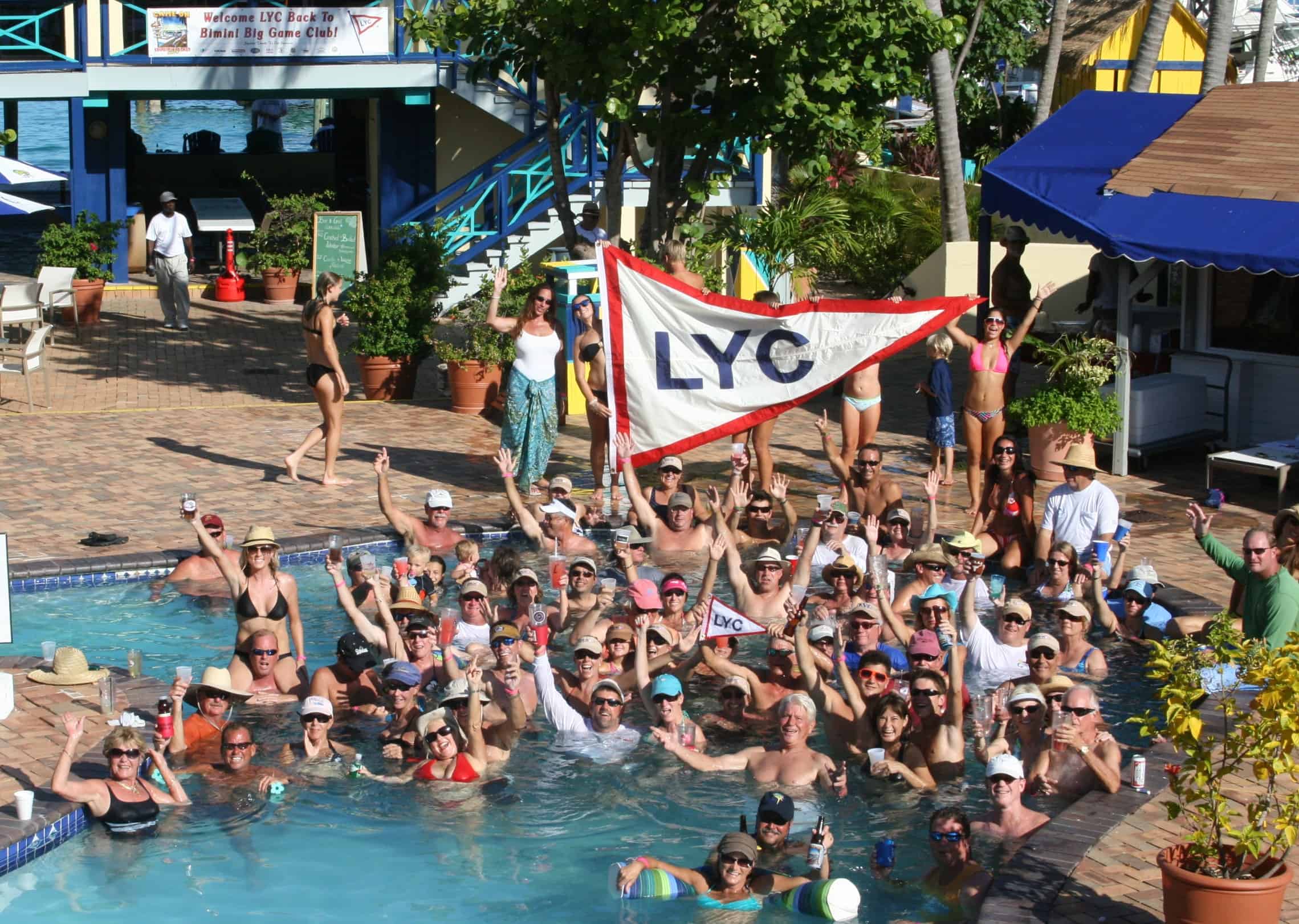 Lauderdale Yacht Club member and a Bimini Blast co-organizer Jennifer M. Saia said the club has over the years traditionally held its summer membership event in Bimini, often at the Big Game Club, which was established in 1936. Per the 2010 Bimini Blast Committee Co-Chairs, Lance Lehman and Tripper White, the LYC Event dates back to 1984 when it’s first outing was held with only five boats in attendance at the Big Game Club. Subsequent years have seen attendance as high as 70 boats and 300 people.

After a five year hiatus, the Lauderdale Yacht Club returned to Bimini with its annual blast event last year staying at the Bimini Bay Resort, but switched to the Big Game Club this season after learning about its re-opening with new management this summer.

“The Big Game staff was great and the newly revamped accommodations and facility were terrific,” said Saia, who added that the LYC has already scheduled its 2011 Bimini Blast at the Big Game Club for June 23-26 with the hopes to bring the attendance back to record numbers of boats and guests!