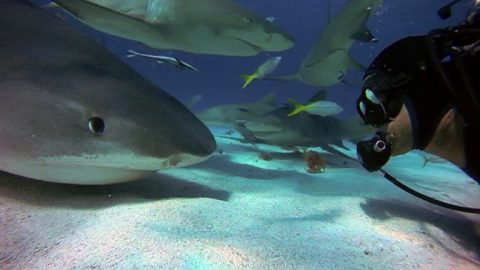 PALM BEACH GARDENS, FL—FEBRUARY 30, 2012— The award-winning nature documentary, This is Your Oceans: Sharks, completes its national tour with a series of final live showings in Palm Beach County starting March 21st with a gala evening event at Cobb Theatres 16 at Downtown at the Gardens in Palm Beach Gardens.

The film’s stars—celebrated marine artists and conservationists Dr. Guy Harvey and Wyland along with shark expert and diver Jim Abernethy and Emmy award winning director George C. Schellenger— are scheduled to attend the first showing, which will also feature a live auction of the artists’ original art. Tickets for the gala evening, which include light hors d’oeuvres and wine, are priced at $22.

All of the net proceeds from the gala opening and subsequent showings of the film at both Cobb Theatres 16 at Downtown at the Gardens and Cobb Theaters 18 in Jupiter are being donated to the Bahamas National Trust which recently headed a campaign resulting in the Government of the Bahamas prohibiting all commercial shark fishing in its more than 240,000 square miles of territorial waters. The Bahamas is the fourth country to ban shark fishing after Honduras, the Maldives and Palau.

One of the premier shark-watching destinations for divers, reeling in $800 million over the past 20 years for the Bahamian national economy, sharks, according to Dr. Harvey, are worth much more alive than dead.

“Many countries have seen their populations of sharks annihilated by commercial over-exploitation,” said Dr. Harvey.  “Research has shown that shark populations do not recover.  Other countries will take encouragement from the Bahamas’ very bold move.  They are realizing very quickly the value of the living shark in maintaining the health of reef ecosystems.  In addition, the economic value of a living shark to ecotourism is now widely accepted as a sustainable and non-consumptive use of a marine resource with many additional benefits to respective island nations.”

Instrumental in bringing the shark documentary to Palm Beach is Jeffrey Berman, whose company, Berman Enterprises LP, owns and manages Downtown at the Gardens.

“This documentary certainly changed the way I looked at these magnificent animals and gave me a new understanding of why it’s so important to be caretakers for our oceans and the creatures that inhabit them,” said Berman.  “I have to especially thank the folks from Cobb Theatres for donating the theaters for these showings, it was a very generous commitment.”

This is Your Ocean: Sharks, which premiered last year at the prestigious Newport Beach Film Festival, reveals up close the misconceptions and myths surrounding these misunderstood predators of the sea and promotes global shark conservation.  Millions of sharks are killed each year in the shark-fin trade to stratify the global appetite for shark-fin soup. 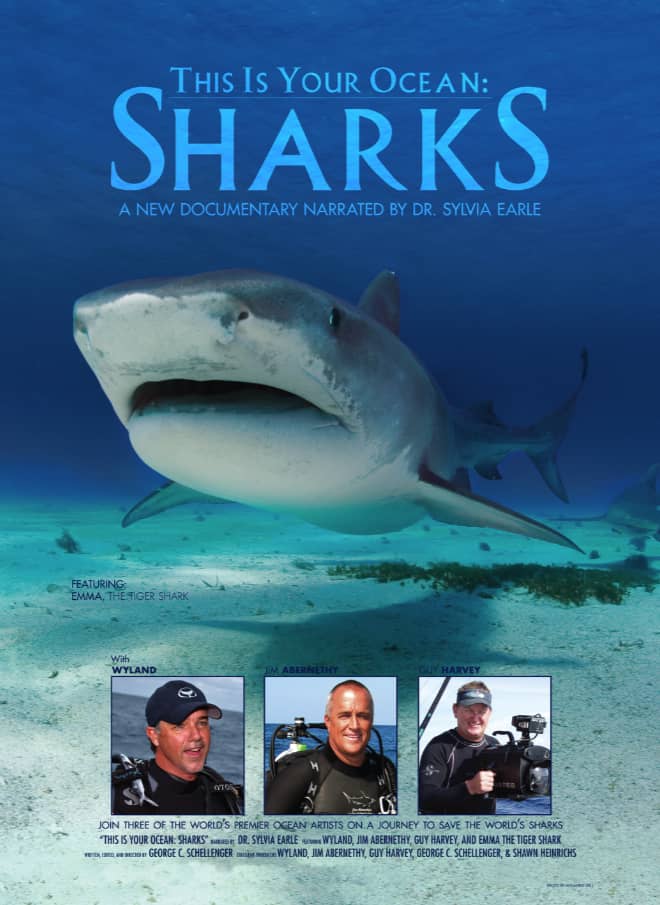 Sharkbait kicked off the 2015 Guy Harvey Outpost Bonfire Series on day one as the first boat to weigh fish.  Their five largest wahoo totaled out at 182.3 pounds with their biggest tipping the …