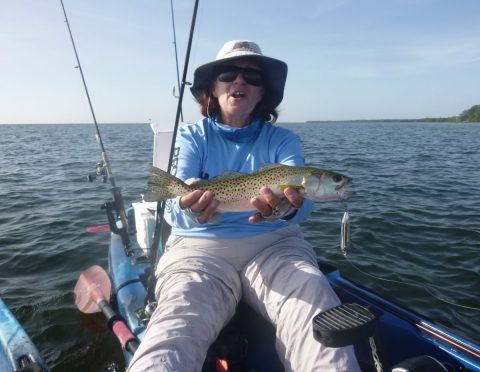 [St. Petersburg, FL–]   Pam Wirth and I launched our kayaks from the beach on Gandy Blvd. North toward the Weedon Island Preserve in Old Tampa Bay — she pedaling, and I paddling.  Despite the manual propulsion systems on our Native Kayaks, we actually held an advantage over the many small fishing boats dotting the bay:  we could venture where they couldn’t.

For one thing, our silent watercraft drew just inches of water, enabling us to ply the shallowest of grass and mud flats and oyster bars without fear of grounding.  Also, since the 3,700-acre preserve is designated a no-motor zone, the powerboats weren’t allowed to follow us even if they were able.

Wirth, a skilled kayak angler who teaches seminars on the subject at Tampa Fishing Outfitters, caught and released two pretty nice sea trout on a topwater plug in the grassy shallows before we even reached the preserve.

“You can go anywhere in Tampa Bay that boats can go and you can go many places boats can’t go,” she said.  “You can be very mobile.  You can launch from anywhere there’s public access.  Just drop it in the water.”

We weren’t blessed with the best tides the morning we fished; the water was rising, which allows game fish to hole up way back beneath Weedon’s numerous mangrove islands blocking our casts.  But we caught a few more trout (and an unwelcome pufferfish) in the open flats.

Tampa Bay is a kayak-fishing Mecca because of the estuary’s variety of easily-accessible habitats and richness of species such as sea trout, snook, redfish, tarpon, cobia, kingfish, Spanish mackerel, pompano, black drum, snapper and grouper.  On calm days, kayak anglers can ply the bay’s deeper, open waters.  On windy days, there’s no end of secluded ponds penetrated through mangrove tunnels and flats protected from the breeze by the lee of islands.

Wirth prefers to fish with artificial lures instead of live bait, but for first-timers or children she suggests bringing shrimp and pilchards along for steady action with jacks and ladyfish.

Besides Weedon, some of Wirth’s preferred Tampa Bay fishing grounds (depending on tide and time of day) include:  Shell Key Preserve; Upper Tampa Bay Park on the Double Branch Peninsula; Miguel Bay/Joe Bay; Tarpon Key; Bishop’s Harbor; Cockroach Bay; and an area known as “The Kitchen” in Apollo Beach.  All have convenient boat ramps or beach launch sites.

Wirth, who has traveled as far as China and the Bahamas to compete in kayak fishing tournaments, is a big proponent of Native Watercraft because of its lifetime hull warranty, comfortable seats, and Propel pedal drive system– which she says operates much like a recumbent bike and doesn’t tire her even after hours of pedaling. Her 13-foot Slayer carries a  paddle for back-up but she doesn’t use it much because casting to a tailing fish is much quicker when you don’t have to put down a paddle to pick up your rod.

While the kayak has ample storage, Wirth keeps her tackle simple:  topwater lures such as Heddon and Rapala; soft plastic paddletails such as the C.A.L. shad; suspending plugs like MirrOlure’s MirrOdine; and artificial shrimp made by Unfair Lures, Tsunami and Monster 3X.  Gear consists of Daiwa Certate spinning reels loaded with 10- to 15-pound braid on Cajun Custom rods.

If you’d like to kayak-fish this summer in Tampa Bay, bring your own or rent from Sweetwater Kayaks (www.sweetwaterkayaks.com) at Weedon Island Preserve. 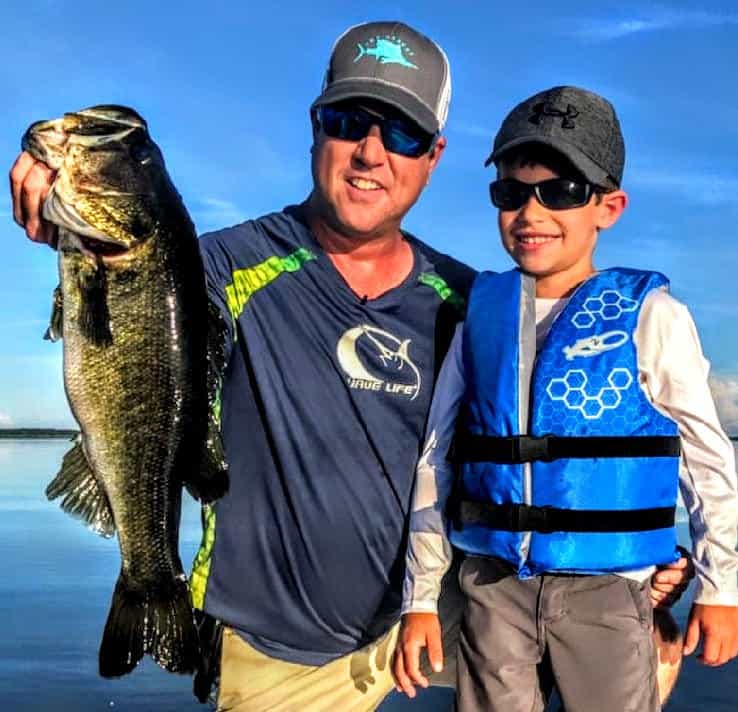 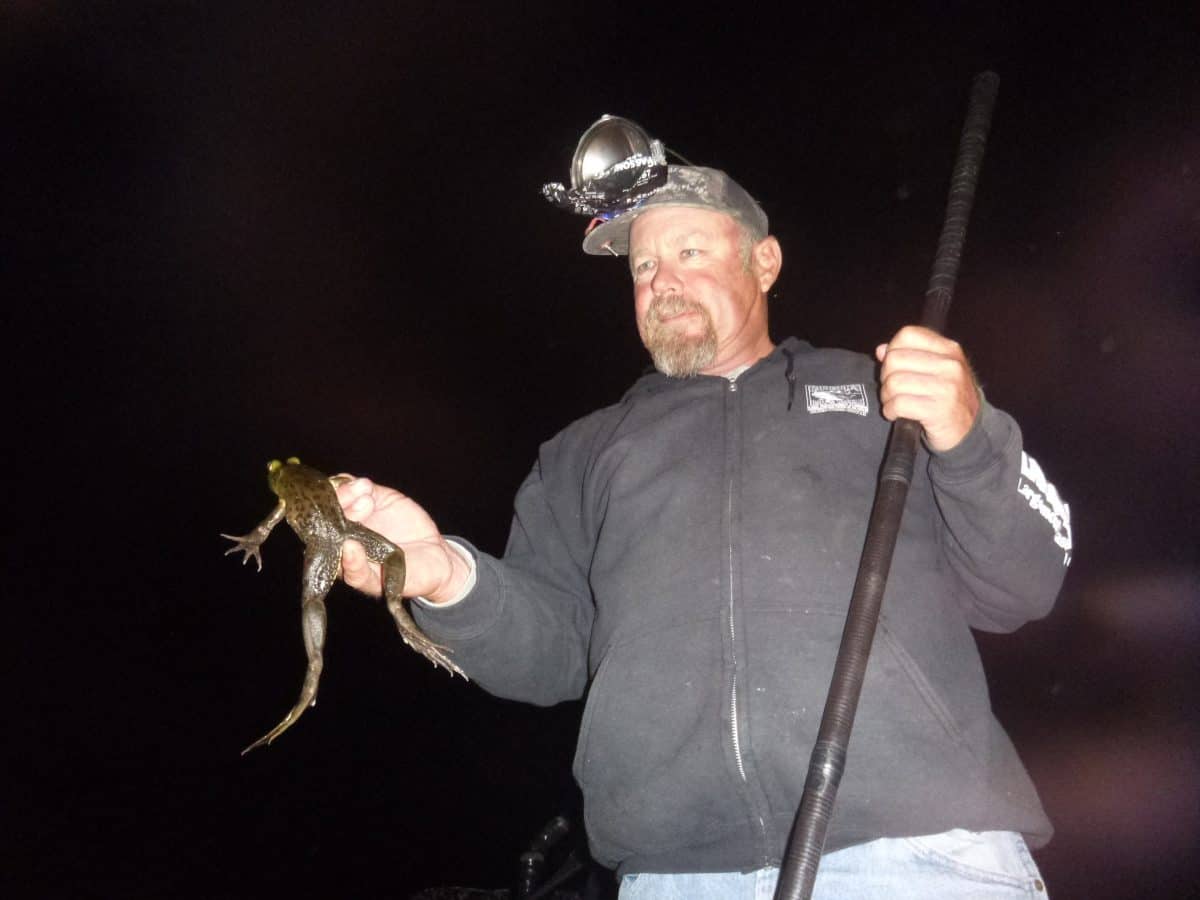