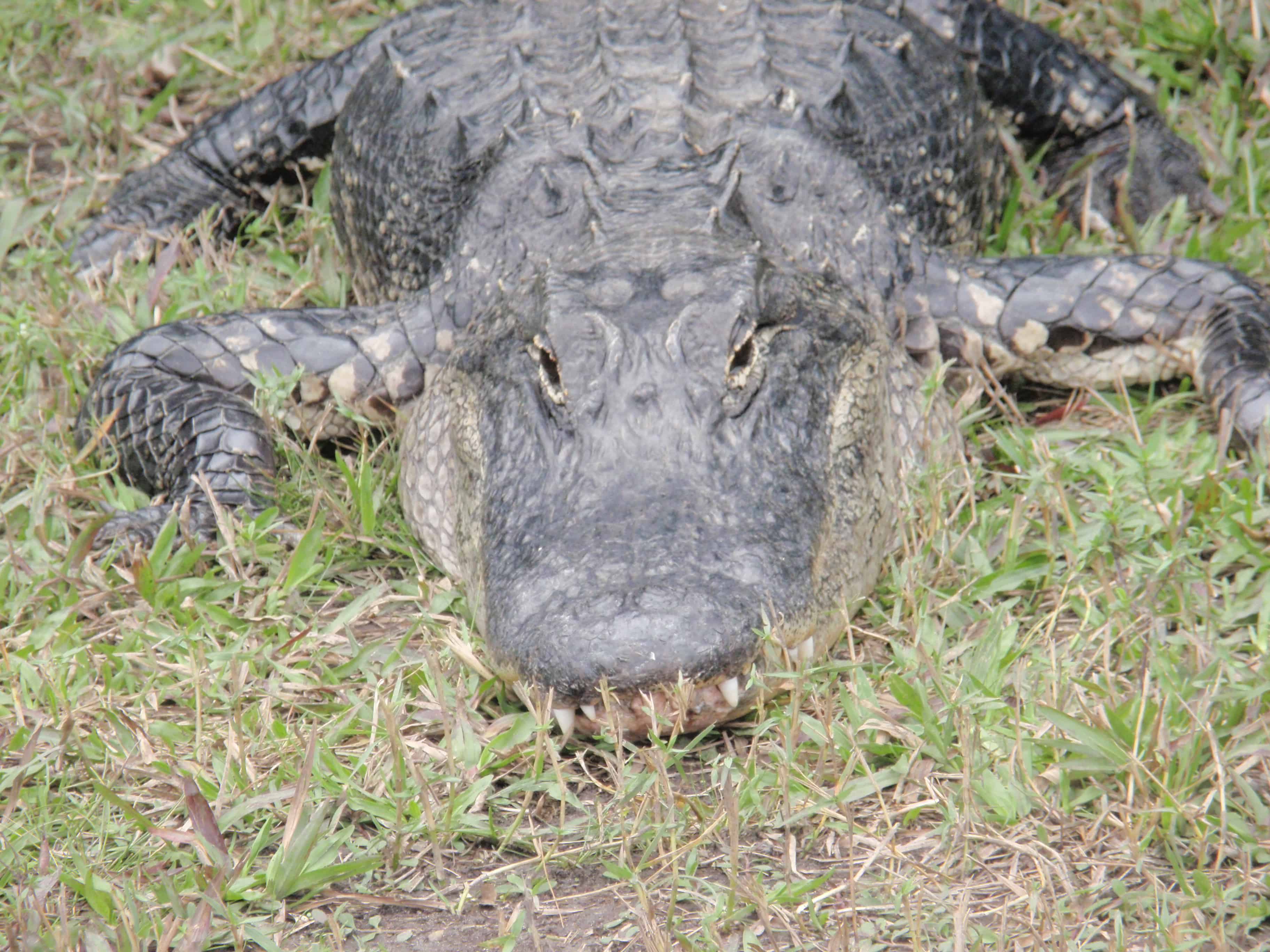 [Okeechobee, FL–]  Cows bellow, a limpkin screams and distant lightning intermittently illuminates the nighttime sky as captain Bobby Stafford idles his aluminum skiff north on the Kissimmee River.  Oblivious to the eerie atmosphere,  Stafford and passengers Roger McCulloch and Butch Butler eagerly scan the tannic surface with binoculars and headlamps trying to catch a pair of ruby-red lights in their sights.

Sweeping the river ahead, bank to bank, Stafford suddenly spots what they’re looking for.

“There’s a big one!” he whispers excitedly to his companions.  “My God, he’s a stud.  He’s coming out of that creek we were in.”

The alligator’s red eyes, captured in the beam, are spaced a good distance apart not unlike the running lights on a small boat — indicating he’s probably ten feet or better.

This is just what McCulloch, a highway construction foreman from Ohio, has travelled so far to capture.  An accomplished hunter, McCulloch has bagged literally dozens of gators with Stafford as his guide over the past ten years or so during Florida’s annual statewide public gator hunt that runs from Aug. 15 through Nov. 1. McCulloch has  mounted several of these trophies, but his supply of gator meat has run out.  Scoring this target will fill his freezer.

Then Stafford says something that, to the uninitiated, might sound really weird.

“Maybe we ought to just drop a chicken,” he says to the other men, who nod in agreement as if this is the most normal conversation in the world to be having on a desolate stretch of river in the middle of the night.

Unlike the depictions of gator hunting on the popular “Swamp People” television show, hunters chosen by lottery for Florida’s annual reptile wrangle are not allowed to shoot gators with guns or snag them in the throat with baited treble hooks.  Only certain approved methods are permitted to harvest the quota of two gators per person.  One of them involves fishing with chickens, minus a hook.

Stafford retrieves a whole, raw, store-bought chicken from a five-gallon bucket with a length of coated cable attached to it.  He fastens the end of the cable to a snap swivel tied to 200-pound-test braided line on his stout conventional fishing outfit.  Inside the chicken, he has sewn a wooden dowel– perfectly legal–that will hold the gator’s jaws open if and when it devours the bait.

Stafford drops the chicken/bait in the water, puts the fishing reel in free-spool and motors slowly upriver until the boat is about 100 yards from the floating bait.  He directs McCulloch to drop anchor and then shuts off the outboard.

“You just have to have patience and let ’em come to you,” Stafford says.

The men wait and wait.  Nothing happens.  Finally, Stafford points the headlamp at the bait and spots the ‘stud’ gator far past it downriver.  No other targets can be seen lurking nearby.

Stafford reels in the bait and the group decides to go looking for more prospects.  They light up a small one in the middle of the river that freezes in the beam, but they agree to pass it up.  Not long afterward, they spot a five-footer lurking in some reeds on the bank that has someone else’s cable attached to it.  They keep looking.

Several other small boats pass by during the night believed to be those of fellow hunters.  No whoops and hollers of victory are heard, and only a few gators appear in their sights.

“Too many small ones.  Too much boat traffic for this stretch of river,” Stafford complains.  Reluctantly, he turns the skiff toward the boat ramp, done for the night.  He and McCulloch and Butler make plans to resume the hunt around 5:30 in the morning.

“If we can get a morning where there’s not a lot of people, then we’ll get it done,” he declares. 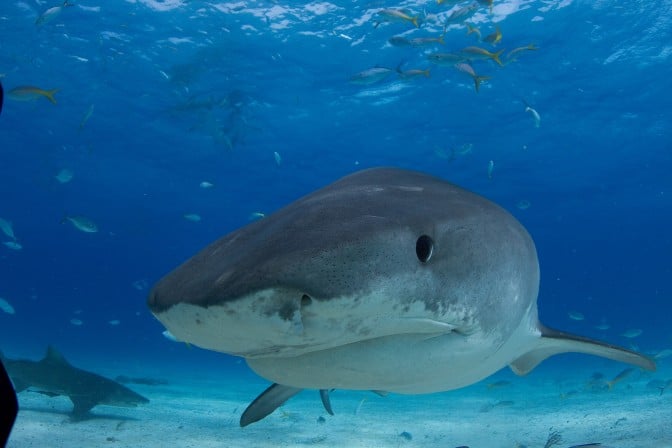