I recently had an opportunity to meet with Sir Richard Branson, founder and chairman of the Virgin Group. Sir Richard was in Grand Cayman to deliver the keynote speech at the recent “Alternative Investment Conference”, which was held at the Ritz Carlton Hotel on Grand Cayman. The event was organized and hosted by Michael Ryan and also featured such notables as former U.S. President George W. Bush and former world’s number one golfer Greg Norman.

After the conference, I was able to meet with Sir Richard for a few minutes to discuss the potential for collaborating with the Guy Harvey Ocean Foundation. I gave Sir Richard a quick overview of the GHOF and briefed him on several of the projects the Foundation has supported, with specific details on studies involving tiger sharks, mako sharks, bluefin tuna and billfish.

I elaborated on the role that GHOF research has played in highlighting the importance of the Bahamas archipelago to many species of sharks. In a collaborative effort with the Bahamas National Trust and the Pew Environmental Group, we convinced the government of the Bahamas to protect all sharks from commercial exploitation within their 200 mile EEZ.

Here in the Cayman Islands, the GHOF in involved in a multitude of research projects that includes Nassau grouper conservation, lionfish eradication and recruitment, and climate change studies at CCMI in Little Cayman. We are also actively engaged in shark research and blue marlin migration studies.

Documentary film making has also been a priority, so during the last year the Guy Harvey Expeditions team of producer George Schellenger, Jessica Harvey and myself have been on location nine times to conduct shoots in Panama, Nova Scotia, Little Cayman, Cocos Island (Costa Rica), the Bahamas and Isla Mujeres (Mexico). Our group made three trips to Isla Mujeres in 2012, teaming up with Captain Anthony Mendillo and crew to complete shoots on sailfish, mako sharks and whale sharks. Sir Richard was particularly interested in the sailfish and whale shark work as he has visited Isla Mujeres on several occasions, also guided by Captain Anthony.  We discussed the limited research done on sailfish and whale sharks and the opportunity to collaborate with the Georgia Aquarium research team in future research and conservation efforts.

I went to some length explaining the value of catch and release sport fishing to Caribbean island and Central American economies. I emphasized the need for a regional approach as many of the large pelagic species cover great distances that cross several jurisdictions. This requires a coordinated effort in management and conservation as one country’s regulations may not be the same as its neighbors.

I also discussed the need for research work on all the species mentioned, as without the scientific data one cannot make management decisions and thus achieve sustainability and conservation. Fishing is the method by which we access many of these creatures for study, underwater photography, tagging and genetic work. Sir Richard was not keen on fishing but acknowledged it is a useful tool in this arena.

We moved on to some more local issues, the hot topics being the condition of the Cayman Turtle Farm and the issue regarding stingray conservation through law. Sir Richard was concerned that turtles could still be fished by local licensed fishermen, given that turtles are protected world-wide. I pointed out that none of the current license holders have continued with this activity. The turtle farm itself needed to be divested I said, and turned into a better marine attraction whose focus was more on turtle replenishment, research and husbandry than on the consumption of the turtle meat. Our belief is that there are hundreds of thousands of turtle lovers who would be willing to donate $5 or $10 towards a satellite tagging program that would allow the turtles to be set free so that they can  provide information about migrations and long distance journeys.

The treatment of the stingrays in the Caymans is another sore point for many locals. The resident stingray populations have been sabotaged and removed by unknown persons for at least the last two years, and our census studies have shown a 50% reduction in the population during that time (a decade of research by the GHOF and the Dept of Environment has provided the base line information about this population). Four tagged stingrays were recently discovered in the Dolphin Discovery tourist attraction. Though the four tagged rays were released, the owners of the attraction have refused to release six untagged rays. Sir Richard said it should be very simple to change the law and have stingrays enjoy full protection from poaching given their ecological importance and their value to the island. After all the people of the Cayman Islands and millions of visitors have an enjoyed and benefited from this unique experience for the last 30 years.

The proposed expansion of marine parks by the Dept of Environment was a good move and Sir Richard commented that fishing has been known to improve in areas adjacent to marine parks. He said there are models out now that show countries need to protect 40 – 50 % of their shallow reef areas to ensure long term survivability. I commented that the Cayman Islands were a world leader in the formation of marine parks and in the protection of the spawning sites of the iconic Nassau grouper.

Sir Richard was very gracious and listened to many of our comments and suggestions. The meeting was much appreciated by all involved and the GHOF look forward to collaborating with Sir Richard and his foundation on several projects. It is our collective responsibility to conserve the marine environment and maintain the biodiversity of the planet. 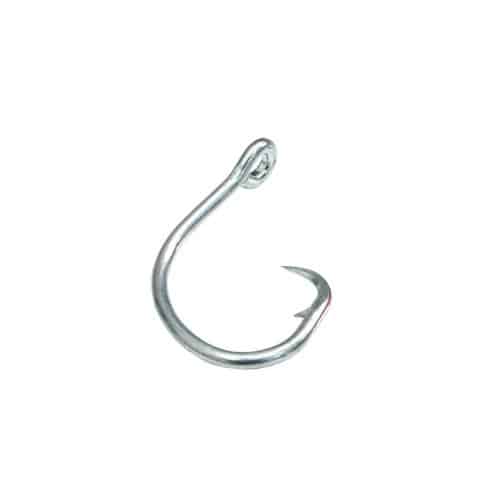 Businesses and individuals can sponsor and name their own shark and watch online as it races other tagged sharks. Davie, FL – February 2, 2015 – The Guy Harvey Ocean Foundation and the Guy Harvey Research …