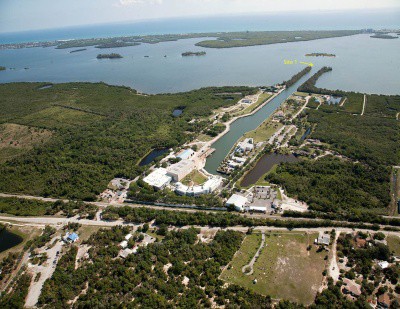 A group of marine scientists sits before a computer screen in an air-conditioned command center in Fort Pierce, watching intently as a robot plucks a sea sponge from deep on the ocean floor that just might hold the key to combating diseases such as cancer and Alzheimer’s.

Elsewhere on the same FAU/Harbor Branch Oceanographic Institute campus, two technicians are preparing a special ambulance to rescue a bottlenose dolphin snared in an illegal fishing net. And out on the adjacent Indian River Lagoon, a university official is demonstrating for the local news media the latest additions to the world’s largest interactive land-ocean observatory monitoring water quality in the one of the nation’s richest estuaries.

And the expansive reach of Harbor Branch– which was established in 1971 and merged with Florida Atlantic University in 2007– doesn’t stop there.

The institute’s engineers develop the technology that enable its research scientists such as Brian Lapointe and Stephanie Farrington to figure out why coral reefs are declining so rapidly throughout the Caribbean and Florida and why thick carpets of maize-colored sargassum weed recently have clogged local beaches.

On the outskirts of the campus working in small Quonset huts, aquaculture scientists come up with techniques for growing food fish such as cobia and pompano and ornamentals such as clownfish in captivity to help end overfishing for these commercially-important species.

Although Harbor Branch’s focus is “Ocean Science for a Better World”, its researchers, professors and students pursue holistic, ecosystem-based courses of study encompassing the environment some 45 miles inland to the fresh waters of Lake Okeechobee, the Kissimmee River and beyond.

Adhering to the adage that ‘everything flows downstream’, scientists look at the connectivity between land and ocean, freshwater and salt, seeking ways to keep the entire ecosystem in balance.  For example, if too much fresh water is discharged from Lake Okeechobee east to the St. Lucie Estuary or west through the Caloosahatchee River to the Gulf of Mexico, sea grasses, shellfish, food fish, dolphins and manatees suffer.  The land-ocean observatory network rolled out before the reporters and television cameras recently will enable resource managers to address those issues in real time.

Harbor Branch doesn’t close itself off to the local community.  Residents and visitors can stop by the Ocean Discovery Center open five days a week and they may attend free weekly ocean science lectures conducted from January through April.

Whether you’re a bass aficionado battling lunkers in the Big O or a salt chaser bagging kingfish for the grill off Fort Pierce, you both have a lot in common.  Check out www.fau.edu/hboi.

Victoria has longed to be a mermaid for her entire 30 years.  Her favorite childhood movies were “The Little Mermaid” and “Splash”.  But life intervened; she joined the U.S. Army, … 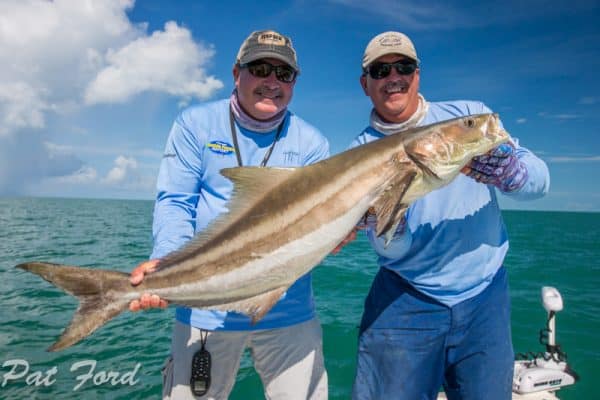