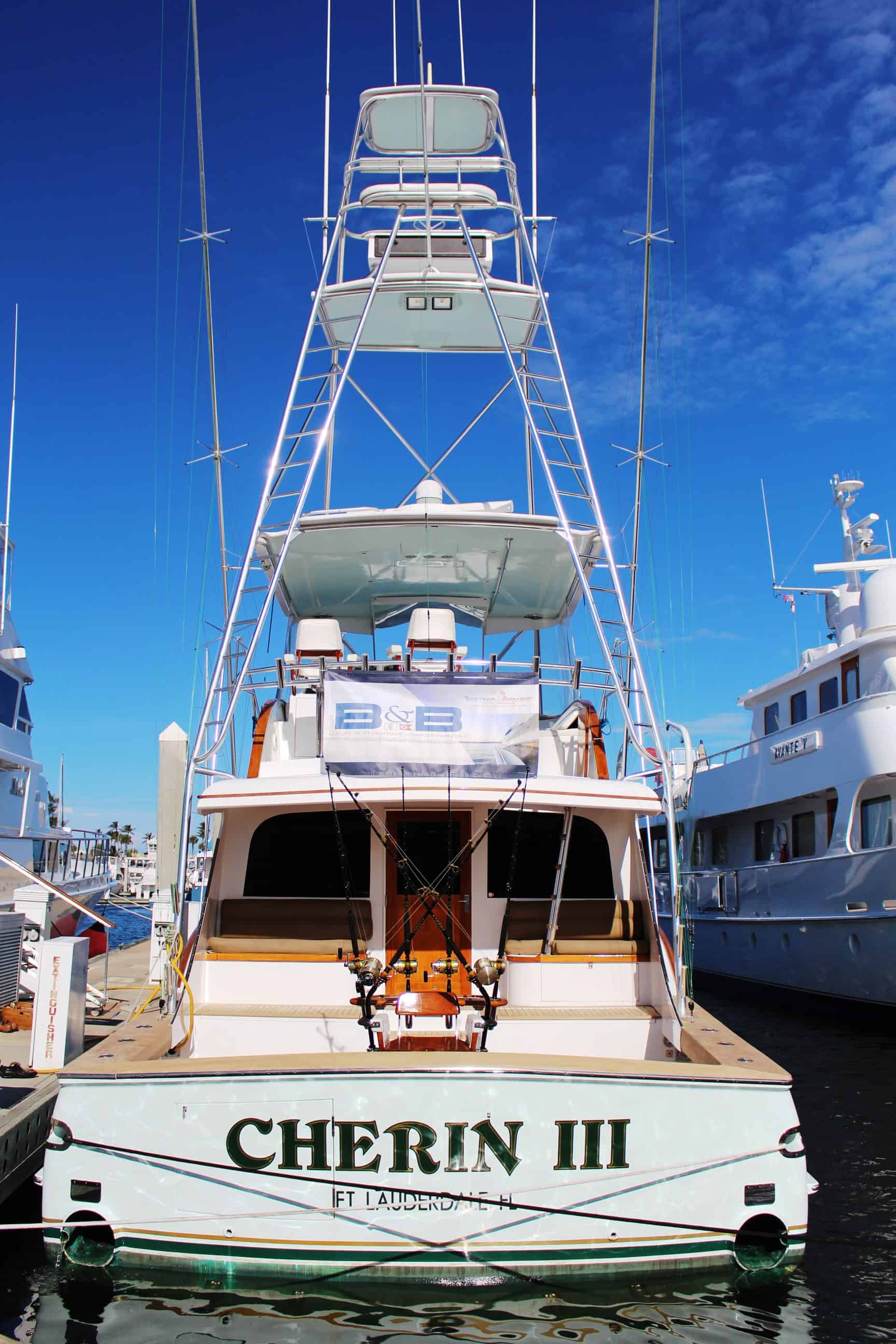 Having never before caught and released either a blue or black marlin, I really should be heading to Panama pretty soon.  But I can’t, so you should go in my place.

In August and September, the Pacific waters from the Archipelago de Las Perlas south to Pinas Bay in the Gulf of Panama will provide your best shot at battling multiple blues and blacks in a single day. You will be able to chase them pretty much wherever they roam in the region, then hook and fight them in comfort–except, of course, for your sore arms.

Your host is South African adventurer Hennie Marais, operator of Panama Yacht and Fishing Charters– an exclusive Guy Harvey Outpost Expedition.  And he offers a big-game fishing experience like no other.

Your party of up to 12 will eat and sleep in the air-conditioned comfort of a 98-foot luxury Knight & Carver yacht, then head out to the billfish grounds aboard a 66-foot Buddy Davis sportfisher or a 37-foot Strike –or both.

“You go out at 6:00 to 6:30 in the morning.  You fish for live bait.  When you get to the bait grounds, it’s just acres of bonitos and skipjacks,” Marais said.  “Often before you get all your live baits out, you have a black marlin.  And you’re not getting beat up by the sea conditions.  You fish till you’re out of live bait, then troll lures or dead baits for sailfish and blue marlin.  There’s a good opportunity for a grand slam.”

For the non-anglers in your party who want to explore remote island jungles or those who prefer to fish close to shore for roosterfish or Cubera snapper, there’s an 18-foot Mitzi skiff, kayaks, personal watercraft, stand-up paddleboards and a fully-equipped scuba diving center.

“It’s a once-in-a-lifetime expedition you have to do,” Marais said.  “It’s not just the fishing–it’s the whole destination.” 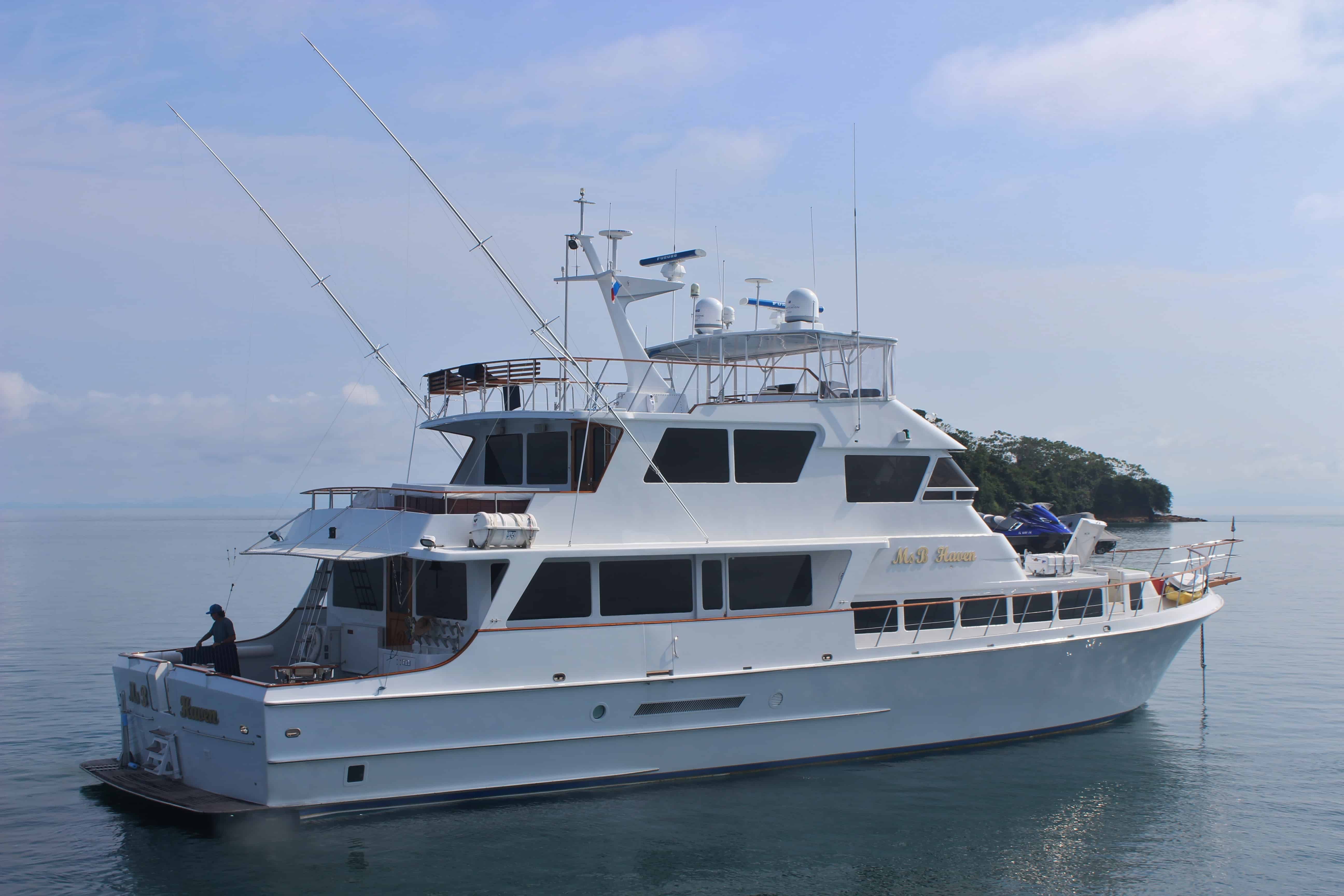 If you can’t make it to Panama for the black-and-blue bite, make plans to charter the mothership in another part of Panama later in the year.  Marais steers the fleet to wherever the fishing is most bountiful or wherever you desire to explore.

January and February in the Las Perlas and Pinas waters are prime for black marlin, tuna, dorado (mahi), wahoo and roosterfish. April through June usually find the mothership plying the Pacific waters around the remote Isla de Coiba, a World Heritage Site in the Gulf of Chiriqui where yellowfin tuna are abundant.  Other options throughout the year are the Bocas Del Toro and  Gulf of San Blas regions in Panama’s Caribbean Sea for family snorkeling and inshore and reef fishing.

“You can take four different trips to Panama and none will be the same,” Marais said.

Phenomenal fishing, lush unexplored jungles, and gourmet food and a stocked wine cellar on board your safari headquarters.  Pretty tempting.

You can book a weeklong or three-day customized package, with all trips beginning in Panama City– about two hours by air from Miami.

But when you board, be on the alert for a stowaway:  me.