Running thru 2015, the innovative Fish for the Future tournament is open to anglers anywhere in the world, with divisions and awards for twenty gamefish species.  “With the iGHOFISH app we can now actually host a tournament with literally no limit on fishing boundaries, and in the process populate the foundations’ database with valuable catch data,’ noted Mark Ellert, President of Guy Harvey Outpost Resorts & Lodges.   Ellert announced the launch of the company’s new fishing app, iGHOFISH, created to serve as the record keeper for the tournament. “The iGHOFISH app is a perfect reflection of our Outpost brand focus on convergence of watersport recreation, marine science and conservation. It’s ‘must have’ gear in the tackle box of every Guy Harvey Outpost angler.”  Using software developed by the Snook and Gamefish Foundation, tournament catches will automatically populate the foundation’s database of over 130 inshore and offshore species.

Created initially by the Snook and Gamefish Foundation (SGF) as a snook species data collection process, their Angler Action program has expanded dramatically with its intuitive user-friendly format and ease of use. “Our fishery database now includes over 30,000 catches,” notes Brett Fitzgerald, Executive Director of the SGF. “We’re excited to have Guy Harvey Outpost help us expand our reach with recreational anglers, especially those committed to data-driven fishery management practices and policies.”

“This tournament and our iGHOFISH app are a way of making citizen science just as much fun as fishing,” commented Cliff Jensen, Director of Fishing Programs for Guy Harvey Outpost. “Not all of us who love to fish have a PhD like Guy Harvey, but with this iGHOFISH app every angler can make a difference by collecting data that helps put those PhD’s to work. That sounds like fun, maybe not for the scientists but certainly for the rest of us.”

There is no cost to enter the Guy Harvey Outpost “Fish for the Future” fishing tournament. The iGHOFISH app is free, and is available for iOS and Android phones.

The company was founded in 2007 by Mark Ellert, a veteran hospitality professional, and is co-owned by Dr. Harvey, Bill Shedd and Charles Forman. Shedd is the owner of AFTCO, recognized worldwide for its big-game fishing tackle and merchandise. AFTCO is the official licensee of Guy Harvey Sportswear. Both Harvey and Shedd are trustees of the prestigious International Game Fishing Association, IGFA, cofounded by Ernest Hemingway during his days on Bimini. Forman is a practicing eminent domain lawyer and early partner of Dr. Harvey in the growth of his licensing and publishing activities.

About The Snook and Gamefish Foundation     snookfoundation.org

Established in 1998 by Mr. William R. Mote, founder of the world renowned marine science organization Mote Marine Laboratory, the mission of SGF is to aid in the protection and preservation of current fish populations for future generations by facilitating coordination between anglers, researchers, and policy makers. SGF maintains an unwavering ethos of the conservation, preservation, restoration and enhancement of estuarine and coastal water habitats that define fishing – and SGF believes informed anglers are the key to realizing these goals.

SGF’s Angler Action program was designed with Florida Fish and Wildlife Research Institute and input from the TPWD Coastal Fisheries Division and its data is used by Florida’s Fish and Wildlife Conservation Commission for conduction stock assessments. The program now stands on the threshold of creating a global network of angling data that will assist with stock assessments and functional habitat identification and use. 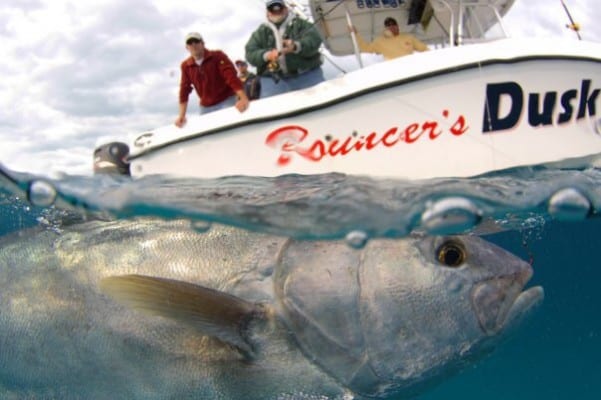 Islamorada: The Variety Fishing Capital of the World

By Sue Cocking, Guy Harvey Outpost Travel Journalist scocking@guyharveyoutpost.com In Islamorada, Florida, sport fishing capital of the world, the months of May and June are the apex of the fishing season. …