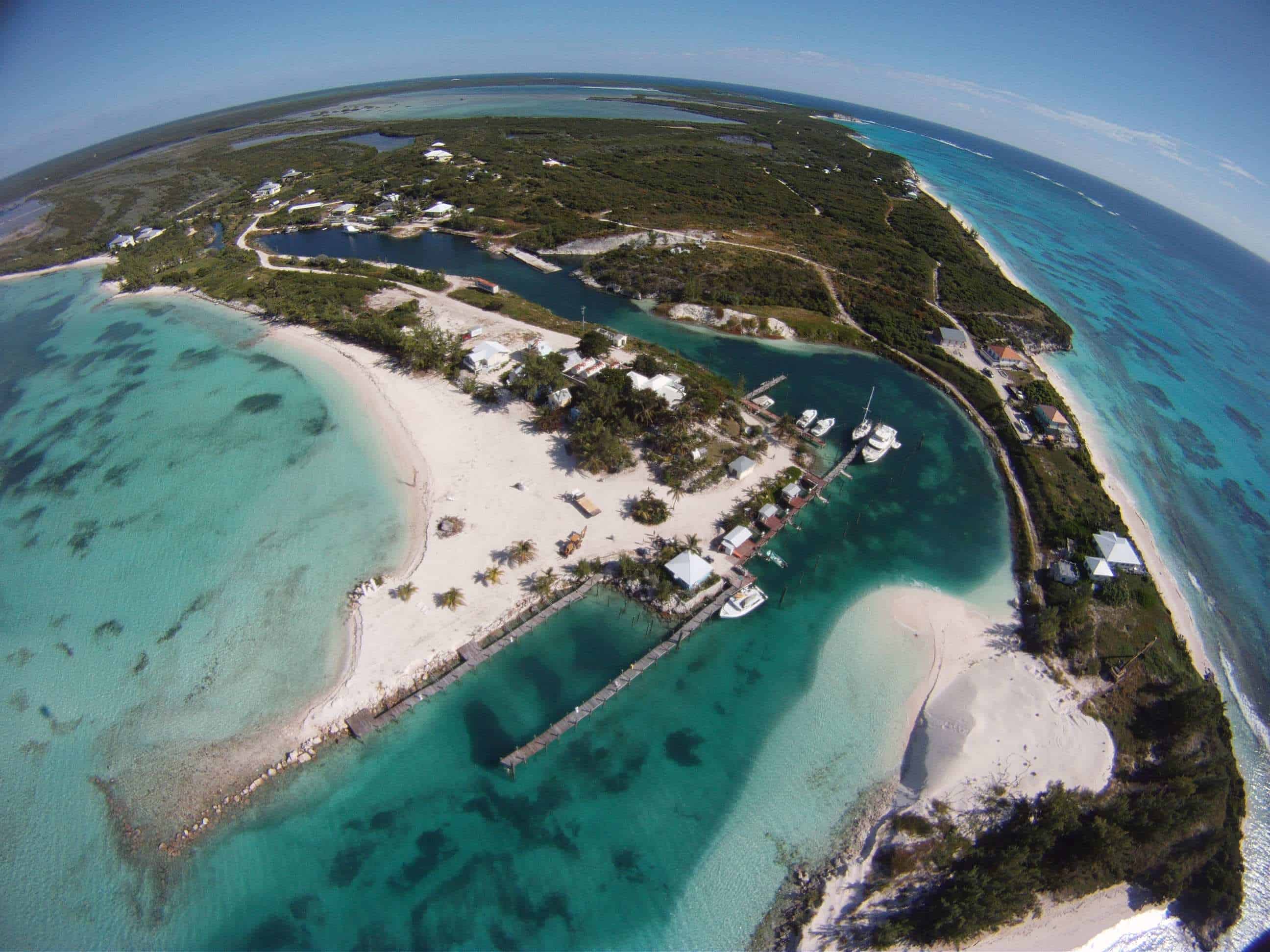 Rum is the southern gateway in and out of the Bahamas, just like Bimini is to the north, so this is a great complement to our system and certainly will be a welcome Outpost for any of our customers spending time further down the island chain,” notes company President, Mark Ellert. The Rum Cay project follows the reopening of the Bimini Big Game Club last year as a Guy Harvey Outpost. Rum Cay is an out-island destination known for its rugged and unspoiled beauty, and daily life on Rum is little changed over the past hundred years. 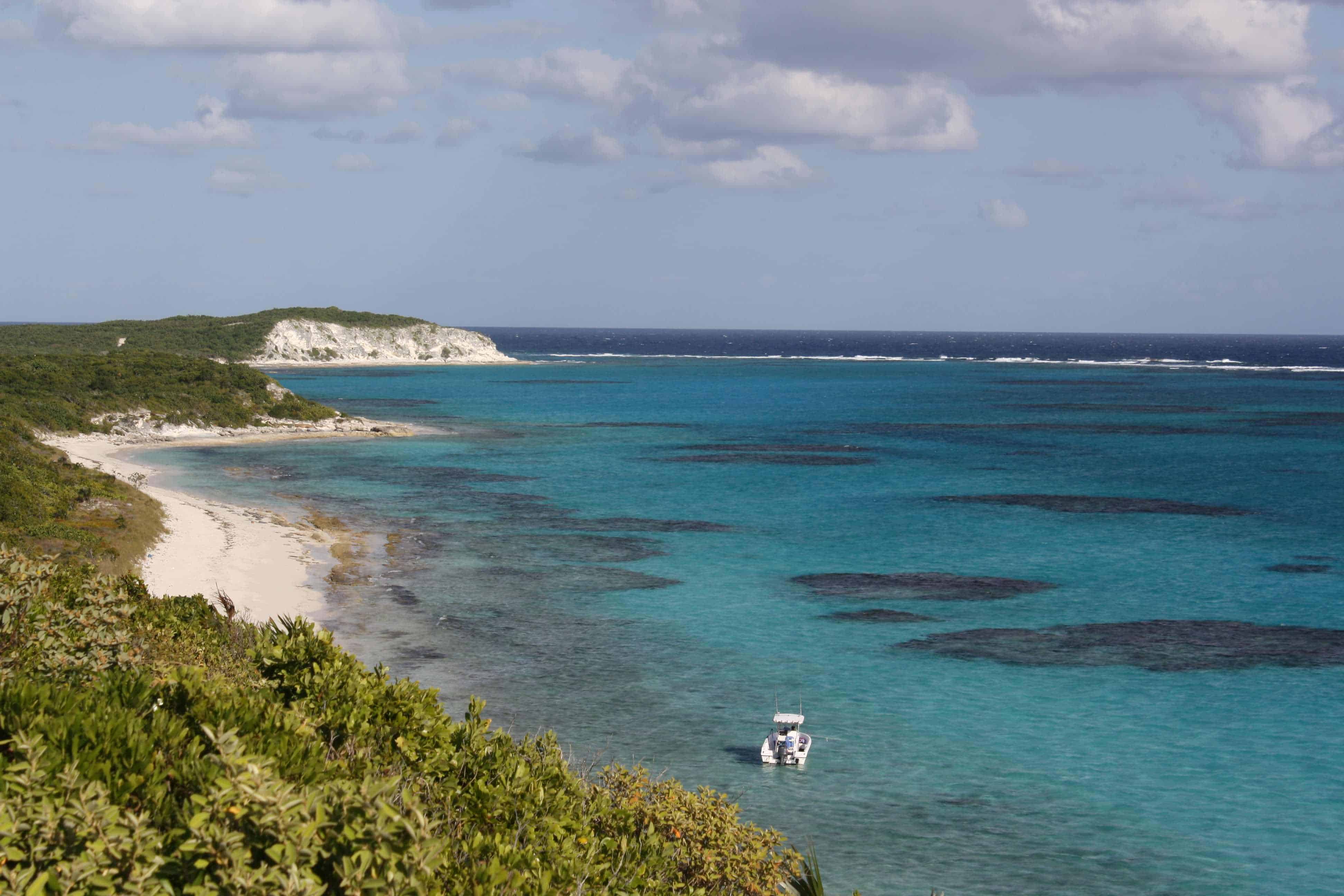 “Every serious angler or diver has the Southern Bahamas on his or her bucket list, every mariner knows it’s where you put in for fuel and shore leave and with a lack of crowds or development, Rum Cay enthusiasts consider it their own private island retreat,” adds Ellert, who oversees location selection for the firm. “For all these adventure travelers, we intend the Outpost Club & Marina to be the destination of choice in the Southern Bahamas.”

The island has approximately 60 permanent residents and is roughly 50 miles southeast of Georgetown in the Exumas. Conception Island, which is part of the Bahamas National Land and Sea Park sanctuary, figures prominently in the company’s interest. 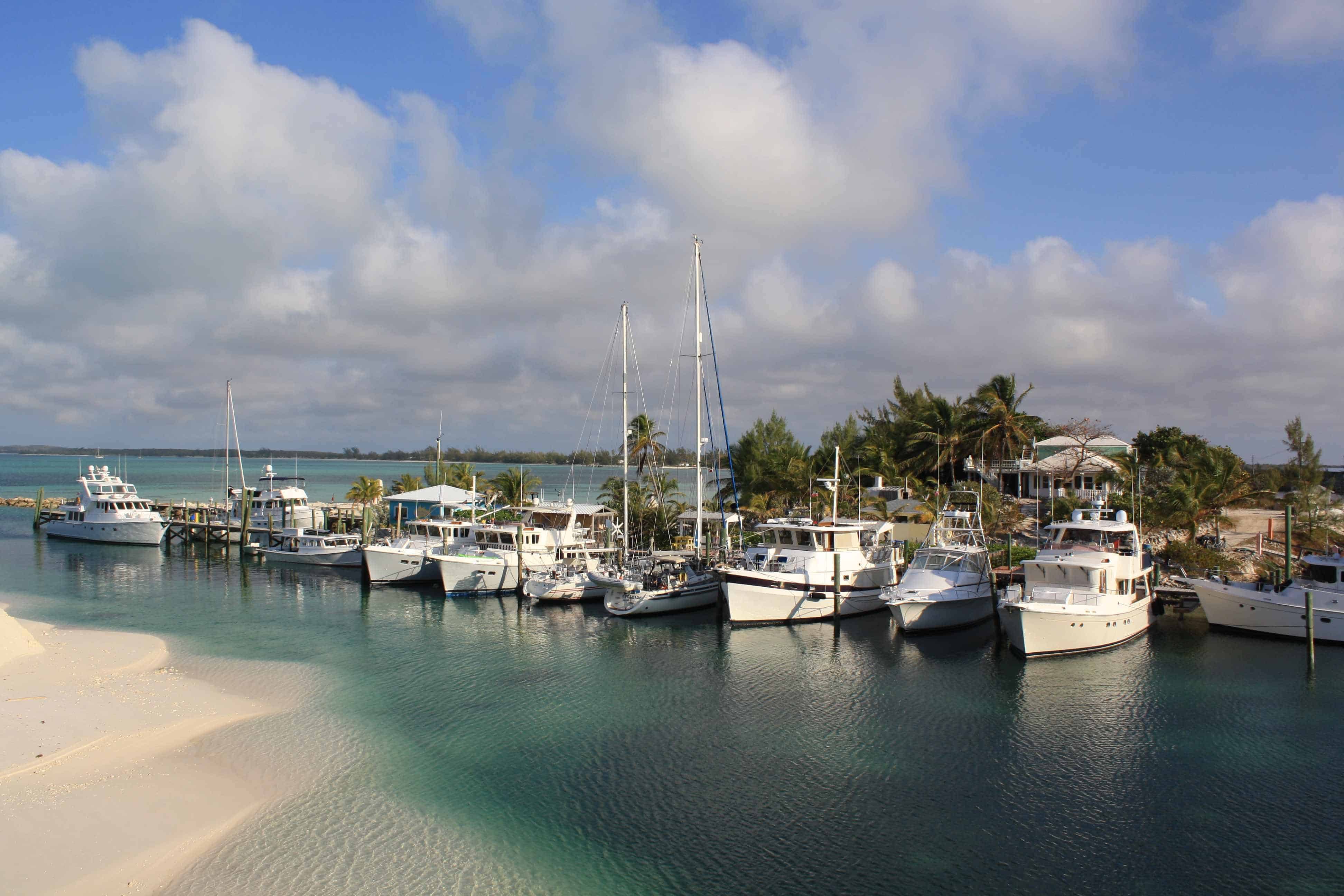 “Conception is just 10 miles from Rum,” said the company’s chairman, Dr. Guy Harvey, who holds a Ph.D in marine fisheries management. ” In addition to the fantastic diving there, we intend to work with government in expanding the coral and shark research work of the Guy Harvey Research Institute which is a cornerstone of our Outpost program in the Bahamas.”

Named Santa Maria de La Concepcion by Columbus who visited the island on his first voyage to the New World, Rum Cay is believed to have acquired its modern name from a shipwrecked cargo of rum. The island’s most famous shipwreck is that of the 101-gun HMS Conqueror which sank off Sumner Point in 1861, and is now preserved and protected as the Bahamas Underwater Museum. 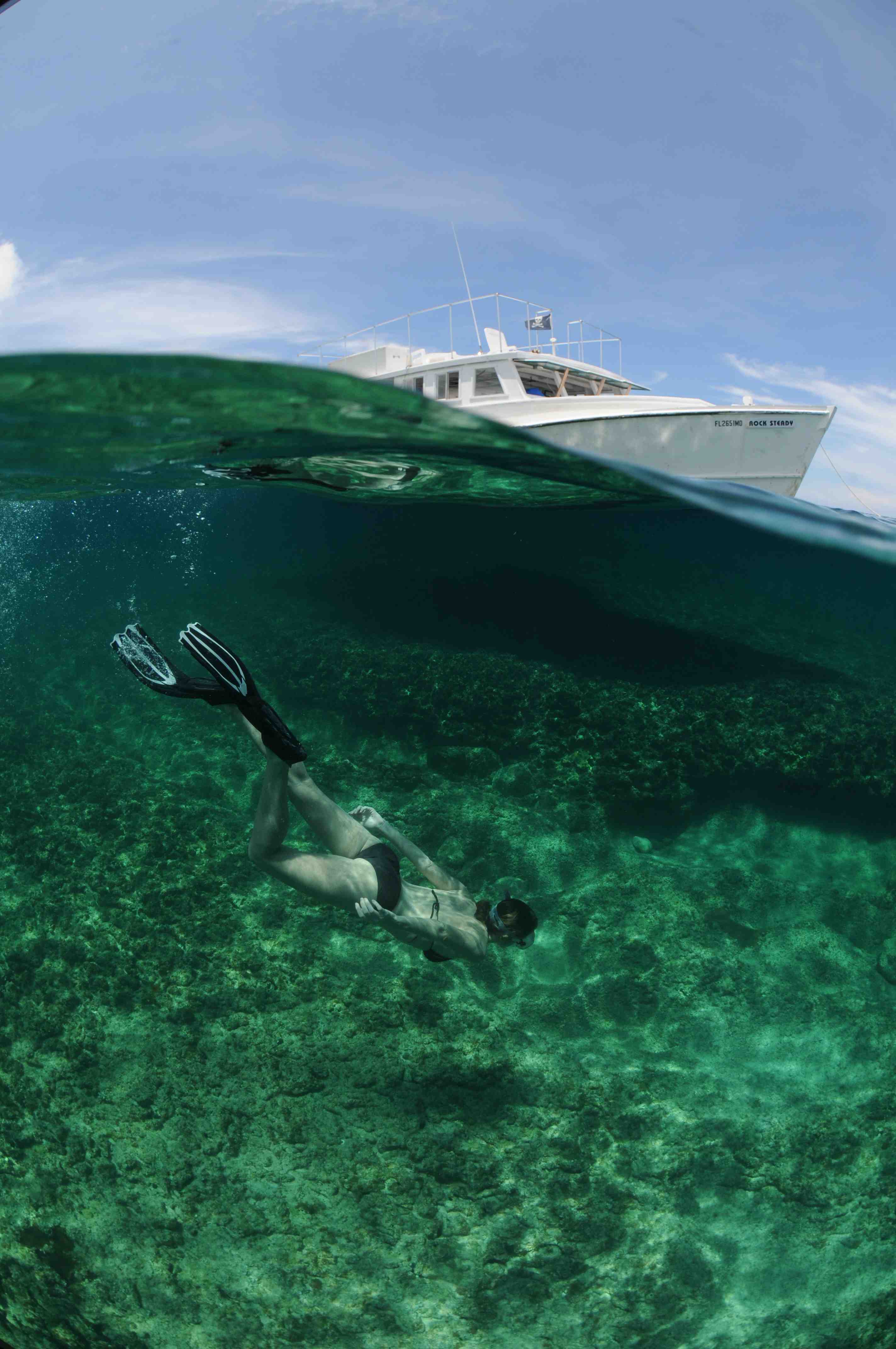 Widely recognized for its outstanding diving and fishing, Rum Cay is also popular with surfing and kite-boarding enthusiasts, and sky diving over the island is quickly gaining in popularity. This December the resort hosts its second “Jump Boogie”, a weeklong skydiving and kite-surfing event.

“Rum Cay has always interested us because of its unquestionable natural beauty and its top-of-class sporting activities, including extreme sports that appeal to a new generation of Guy Harvey friends and fans,” emphasizes Ned Stone, who leads the company’s “Outpost Pursuits” program. “Surf, kite and paddle boards are the new beach sports, and we intend to bring our top-of-class DNA to these as we’ve done for fishing and diving.” 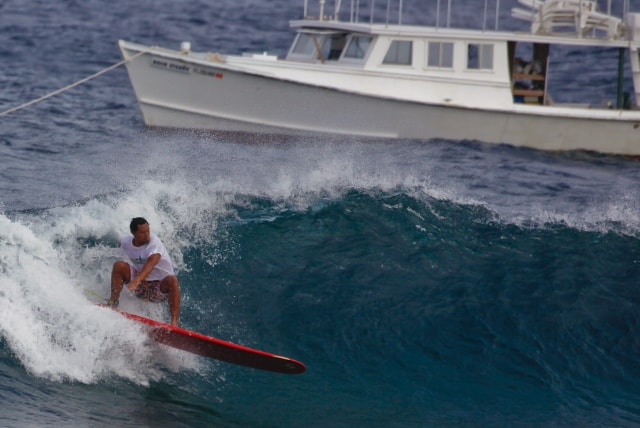 The Sumner Point Marina is situated on the southeast tip of Rum Cay. The marina and adjoining club facilities have been owned and operated by the Little family since 1960. Known for its protected marina, picturesque beachside cottages and gourmet dining, the property exudes the bohemian flair of its owner and artist-in-residence, Bobby Little.

“It’s time for our family to take this incredible property to the next level”, remarked Bobby Little in announcing the conversion of his boutique resort. “I was raised on Rum, as has my son. With our renovations and the support of the Guy Harvey Outpost brand and management, I expect our property to become a beacon for sustainable tourism in the Southern Bahamas. I can’t think of a better legacy for our family, for the Bahamas or for anyone who has come to call us their island home.” 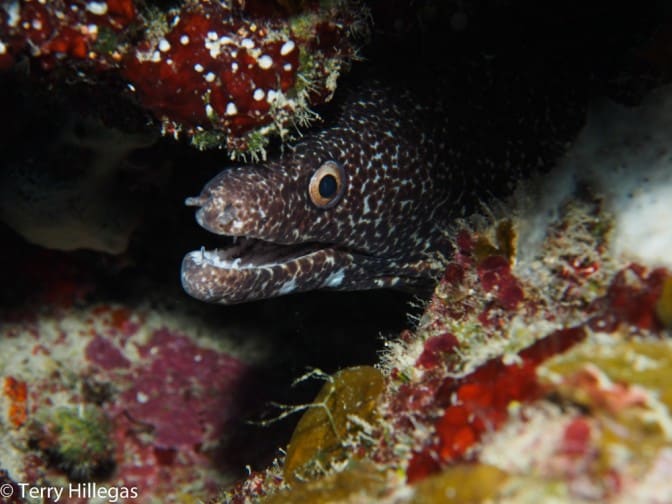 By Sue Cocking, Guy Harvey Outpost Travel Journalist scocking@guyharveyoutpost.com [Maria La Gorda, Cuba–]       Swimming up through a narrow, sponge-lined coral cavern, I have to remind myself …