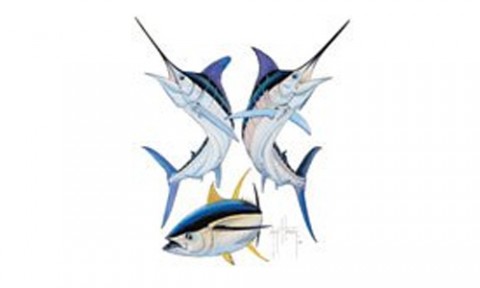 The Guy Harvey Ocean Foundation (GHOF) and the Recreational Fishing Alliance (RFA) are teaming up at this year’s Mid-Atlantic $500,000 to help raise funds to conduct marine conservation research and to support America’s right to fish.  Tournament organizers have assembled an incredible assortment of prize giveaways under the grand tent at this year’s Canyon Club location, with tournament attendees in Cape May, NJ and Ocean City, MD all having chances to play and win.

Boat-for-boat considered the richest marlin and tuna tournament in the world, the Mid-Atlantic $500,000 will once again host the giant Mega Marlin Raffle with the opportunity to win outstanding prizes like Guy Harvey prints, rod and reel outfits for both inshore and offshore action, exciting fishing adventures to the Bahamas and Florida Keys, apparel, jewelry and a shot at a huge cash prize.  The weeklong Mega Marlin Raffle will go on under the tent in Cape May, though tournament anglers heading out of Sunset Marina in Maryland will also get their shot!

“RFA is excited to partner with the Guy Harvey Ocean Foundation at this year’s Mid-Atlantic $500,000,” said RFA executive director Jim Donofrio.  “We’re looking forward to a week’s worth of outstanding tournament action along the Mid-Atlantic coast, as much we are the weeklong party atmosphere back on the docks when the weigh station action comes to a close.”

“I have been coming up to the Mid-Atlantic $500,000 for the past 20 years and I look forward to it every summer. It is truly a first-class event,” said Guy Harvey. “And we are thrilled to be working with the RFA this year to help advocate for the future of sportfishing.”

To get in on the Mega Marlin Raffle, look for one of the GHOF or RFA volunteers beginning on Sunday, August 21 at 1 p.m. with the start of the 2011 tournament registration.  Volunteers will be working the tent throughout the week to help drive support for these important sportfishing organizations. 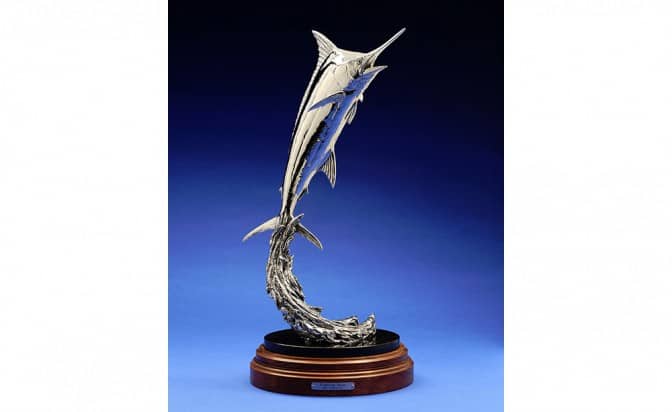 ALICE TOWN, BIMINI – Designed by Kent Ullberg, one of the world’s foremost wildlife sculptors, the Hemingway-Lerner Trophy will not only go to the overall winning team at the upcoming Billfish …