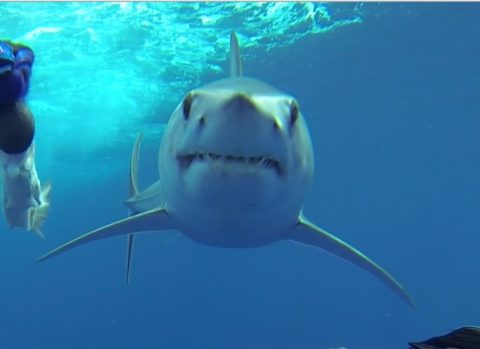 Florida Governor Ron DeSantis has signed into law the bill that bans the importation of shark fins into Florida and closes loopholes that enabled the illegal shark fin trade. 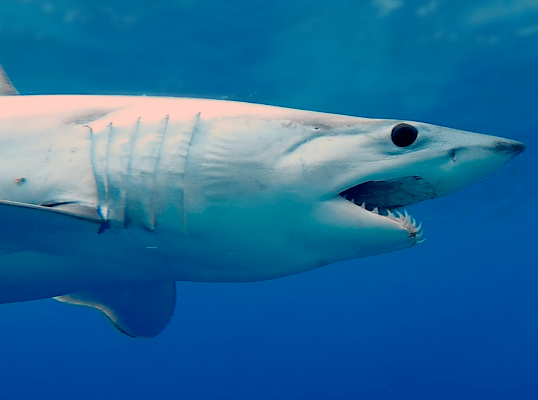 “Prohibiting the importation of shark fins into Florida is a tremendous first step in protecting global shark populations. Until now, Florida’s airports and seaports were the main thoroughfare for illegal fins from the Caribbean and Central America,” said Guy Harvey, chairman of the GHOF. “We appreciate the efforts of Rep. Jacobs and wish she were here with us to see the results of her diligent work. We also thank the governor for his support and will continue to push this legislation nationally.”

This is a monumental victory for shark conservation advocates in North America since Florida is currently the number one hub for the sale, import and transport of ill-gotten shark fins. Researchers from Nova Southeastern University’s (NSU) Guy Harvey Research Institute (GHRI) determined that fins from upward of 73 million sharks end up in the global market annually. The high demand for shark fins in Asia fuels the global shark fin trade, with a large portion of the fins harvested illegally.

”I am grateful that the Kristin Jacobs Ocean Conservation Act is now a part of Florida law and moves our state in the right direction of putting an end to the ecologically harmful and morally repugnant practice of illegal shark finning,” said Senator Hutson.

The law finally puts an end to a long list of regulations and loopholes that prevented the proper enforcement of the Florida shark finning ban, which was implemented in 2012. These loopholes allowed Florida ports to become a major hub for the transport of illegal shark fins to China and other Asian countries where the price for shark fins exceeds normal market prices.

“State fin bans have paved the way to make a campaign for a national fin ban a possibility,” says Stefanie Brendl, executive director of Shark Allies. “And the state of Florida has been a key component of a movement towards ending the fin trade in the U.S. While a nationwide ban is the ultimate goal, it is uncertain when that will become a reality, and whether that effort will have to come with exemptions and concessions, as most federal acts do. Having state AND federal legislation in place assures that sharks receive protection sooner, rather than later. There simply is no reason why Florida ports needed to keep allowing fin shipments in hopes that national legislation would eventually fix the problem. Local action matters. It is the pathway to national action.”

About the Guy Harvey Ocean Foundation: The Guy Harvey Ocean Foundation (GHOF) conducts scientific research and hosts educational programs aimed at conserving the marine environment. The GHOF also funds affiliated researchers working to better understand our ocean ecosystem and educators helping to foster the next era of marine conservationists. The GHOF will help ensure that future generations can enjoy and benefit from a properly balanced ocean ecosystem. www.GHOF.org

About NSU’s Guy Harvey Research Institute: Established in 1999, NSU’s Guy Harvey Research Institute (GHRI) is a collaboration between the renowned marine artist, scientist and explorer, Dr. Guy Harvey, and Nova Southeastern University’s Halmos College of Arts and Sciences. The mission of NSU’s GHRI is to provide the scientific information necessary to understand, conserve, and effectively manage the world’s marine fishes and their ecosystems. It is one of only a handful of private organizations dedicated exclusively to the science-based conservation of marine fish populations and biodiversity. The research, education and outreach activities of NSU’s GHRI are supported by the Guy Harvey Ocean Foundation, Intradeco, extramural research grants, philanthropic donations by private businesses and individuals and NSU.

About Shark Allies: Shark Allies is a 501 (c)(3) non-profit organization dedicated to the protection and conservation of sharks and rays by focusing on taking action, raising awareness, and guiding initiatives that reduce the destructive overfishing of sharks. The organization has deep roots in shark fin trade legislation, creating the first of its kind in Hawaii in 2010, and many to follow. www.sharkallies.com

GHOF and The Humane Society of the U.S. Team Up with Shark-Free Marina Initiative

Alice Town, Bimini – February 6, 2011 As they say at Guy Harvey’s Big Game Club Outpost in Alice Town, “Eco is On”.  Putting those words into action, the Guy Harvey Ocean Foundation has awarded …

Still not sure if you should be using circle hooks? Well, you should be – because new scientific research backs up the claims (again) that billfish are much more likely to survive a catch-and-release …

FORT LAUDERDALE/DAVIE, Fla. – Shortfin mako sharks, the fastest shark in the ocean, scored an international victory when countries voted for a proposal to strengthen the protection of shortfin and longfin …