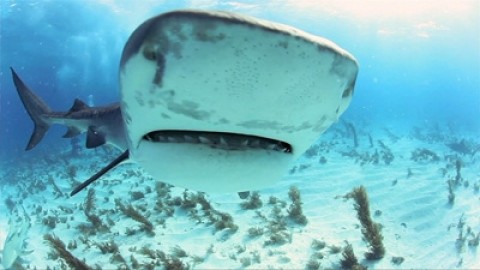 A wave of bylaws banning the possession, trade, sale and distribution of shark fin products has swept across the province of British Columbia this past month. North Vancouver joined Port Moody and Coquitlam in introducing a ban on shark fin soup in restaurants, a popular Asian dish that supports a vast industry that is decimating shark populations worldwide and threatens many species with extinction.

Interestingly, Artists for Conservation played an important role in this policy change. Last year the mayor of the city of North Vancouver, Darrell Mussatto, attended the first annual Artists for Conservation Festival on Grouse Mountain. It was there where he first met legendary marine artist Dr. Guy Harvey, a leading advocate for the shark-fin ban, and founder of the Guy Harvey Research Institute (GHRI).

Dr. Harvey’s documentary “This is Your Ocean: Sharks” premiered at the festival last November and Mayor Mussatto had the opportunity to speak to Dr. Harvey about his efforts to save sharks from extinction through his film. That encounter inspired him to support a shark fin ban in his city last month.