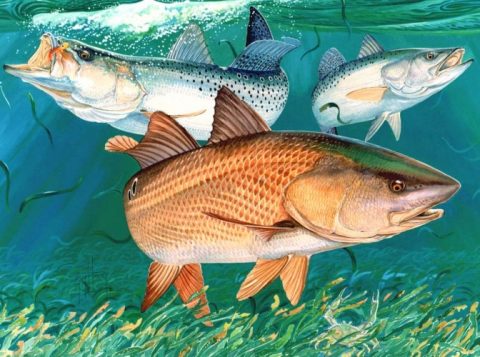 Catch, photograph and release snook, trout and redfish to win prized marine artwork and contribute to a very precious cause in the Fishing for Hearts Tournament Sept. 29-30 at Guy Harvey Outpost, a Tradewinds Beach Resort on St. Pete Beach.

The contest benefits the Ronald McDonald House of Tampa Bay and Athletes for Hearts–two charities that are deeply personal for Tradewinds president Keith Overton.

When Overton’s daughter MacKenzie was only 17 days old, she underwent a heart transplant at St. Louis Children’s Hospital in Missouri. After returning home to St. Pete, she faced several more weeks of treatment at Johns Hopkins All Children’s Hospital. Her mom and dad spent many nights at the Ronald MacDonald House to be near their daughter during her recovery.

Fast-forward to today and MacKenzie is a healthy 21-year-old St. Petersburg College student who loves fishing and many other outdoor sports and works for her dad instructing resort guests on flying with the Jet-Lev power pack and serving as first mate on a parasailing boat.

In her honor, Overton established the non-profit Athletes for Hearts charity, raising money to assist families of children being treated for heart ailments. He estimates the Fishing for Hearts tournaments have raised several hundred thousand dollars split between his organization and the Ronald McDonald House.

The event features a kick-off party Sept. 29 at the Tradewinds, followed by fishing all day on the 30th with an awards banquet that evening put on by the resort’s signature restaurant RumFish Grill. Prizes will be original artwork by local artist Thomas Krause awarded for the largest of each species; most fish caught and released; and greatest total length of all three species. As many as 35 boats are expected to compete.

Plenty of tournament slots remain open and there are several opportunities for sponsorships. For more information and to register, call Janice Davis at 813-258-6430, ext. 1. 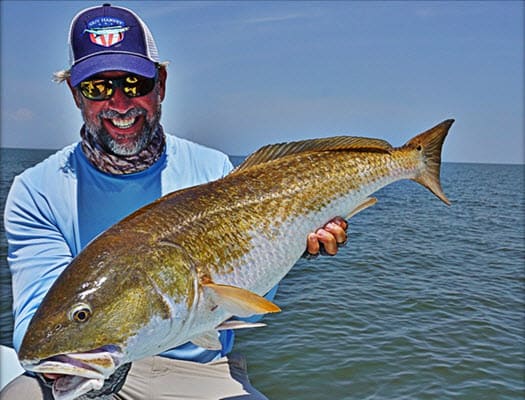 Redfish in Florida is “Red Hot” !

One of the patterns that is fairly consistent in late February during periods of extended warm-ups is that redfish feed aggressively on low incoming tides. They usually are foraging hard as they …