–the lit-up striped marlin tailing near the surface inside the harbor at Cabo San Lucas, Mexico recently;

–the yellowfin tuna estimated at 100 pounds that was free-gaffed from a dock last year in an eight-foot-deep boat basin in Islamorada (apparently illegal under federal fisheries rules);

–at least two swordfish caught in the past ten years in Florida Bay in the Upper Keys;

–a blue marlin appearing in the marina at Resorts World Bimini;

— a sailfish caught and released on the flats of Miami’s Biscayne Bay in 2008;

–and probably many others I’m not aware of.

What the heck is going on?  Why all these reports of fish known to inhabit deep offshore waters showing up next to shore?

“Climate change,” the scientist said in an email.

“It’s all about the changing environment, and you can expect a continuous stream of so-called ‘strange sightings’ of different species of fish in locations that do not make much sense,” Prince wrote.

He said lots of scientific papers are being published– including several by Prince himself– demonstrating “how climate change is causing major changes in the distribution of all kinds of aquatic fishes and invertebrates.”

So it looks like the aquatic parade of “News of the Weird” will continue for the foreseeable future. 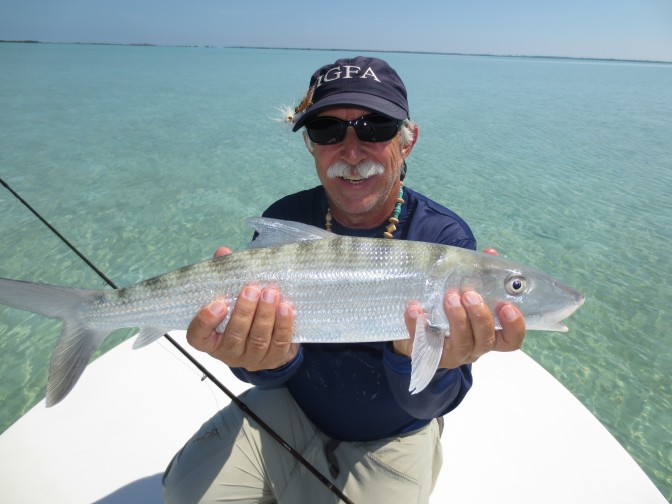 By Sue Cocking, Guy Harvey Outpost Travel Journalist scocking@guyharveyoutpost.com Not many American anglers have enjoyed the bountiful fishing opportunities in Cuba, but all that is changing with the …