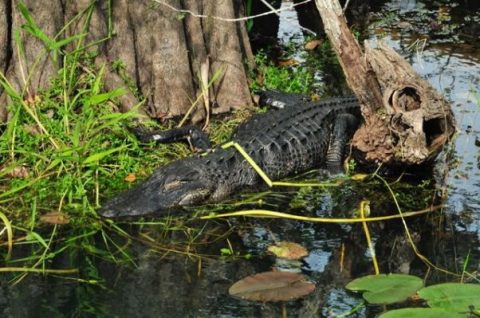 The 32nd annual Everglades Coalition Conference that just wrapped up in Fort Myers was as much a spiritual revival as an ecological symposium.

Amid a grim background slide show of guacamole-like slime clogging the St. Lucie estuary on Florida’s east coast, one speaker after another exhorted the more than 300 attendees to tell their elected officials to make sure clean freshwater is sent south across the peninsula to Everglades National Park and Florida Bay.

The theme of the three-day conference said it all:  “Three Estuaries:  One Solution”. Scientist after politician after environmentalist took to the podium to declare that the way forward for saving America’s Everglades is to build a reservoir south of Lake Okeechobee to store and filter water before sending it on to the parched ‘Glades.

Storing water in the Everglades Agricultural Area, they said, would lessen the massive discharges of nutrient-laden fresh water from the Big O into the St. Lucie to the east and the Caloosahatchee to the west while allowing a now hyper-saline Florida Bay to receive the fresh water it needs to maintain its health. 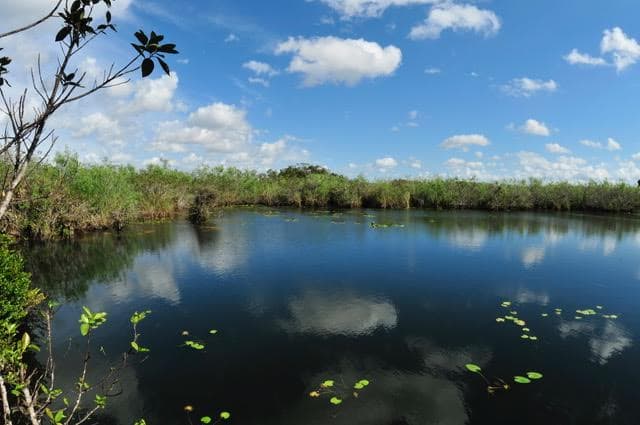 Last year, more than 235 billion gallons of fresh water were pumped from the lake into the St. Lucie estuary alone, spreading toxic algae that killed fish, marine mammals, oysters and sea grass, stranded boaters and swimmers on land, depressed property values and may cause future serious illnesses to those exposed to it such as liver cancer and Alzheimer’s.  The U.S. Army Corps of Engineers, which controls lake levels, said it had no choice because it couldn’t risk compromising the aging Herbert Hoover Dike that surrounds the Big O and there was nowhere else to put all that water. Meanwhile, Florida Bay, which supports a $1 billion per year recreational fishery for redfish, snook, tarpon, bonefish and other species, saw tens of thousands of acres of sea grass die from a lack of fresh water. Ecologists say they are expecting widespread algae blooms in the bay any time now.

As repairs to the Lake O dike continue and several Everglades water restoration projects come on line, Everglades advocates staunchly support Florida Senate President Joe Negron’s proposal to purchase 60,000 acres of agricultural lands south of the big lake to clean water as it trickles toward Everglades National Park.  But the sugar industry and the South Florida Water Management District– which regulates water from Orlando to Miami–are strongly opposed.  Sugar companies say the land buy will cost thousands of agricultural jobs.  Water managers say the emphasis should be on reducing polluted water entering the Big O from the north and sticking to the Corps’ original target date of 2021 for building the southern reservoir–even though the Corps has said it would be willing to speed up that project.

No one could question state water managers or sugar company representatives during the Everglades Coalition meeting because none showed up.

At stake in the multibillion-dollar restoration of the Everglades is the water supply for some eight million people and conservation of the largest wilderness east of the Mississippi.  Look for this issue to appear front and center in the Florida Legislature, both houses of Congress, and the White House in 2017.

Businesses and individuals can sponsor and name their own shark and watch online as it races other tagged sharks. Davie, FL – February 2, 2015 – The Guy Harvey Ocean Foundation and the Guy Harvey Research … 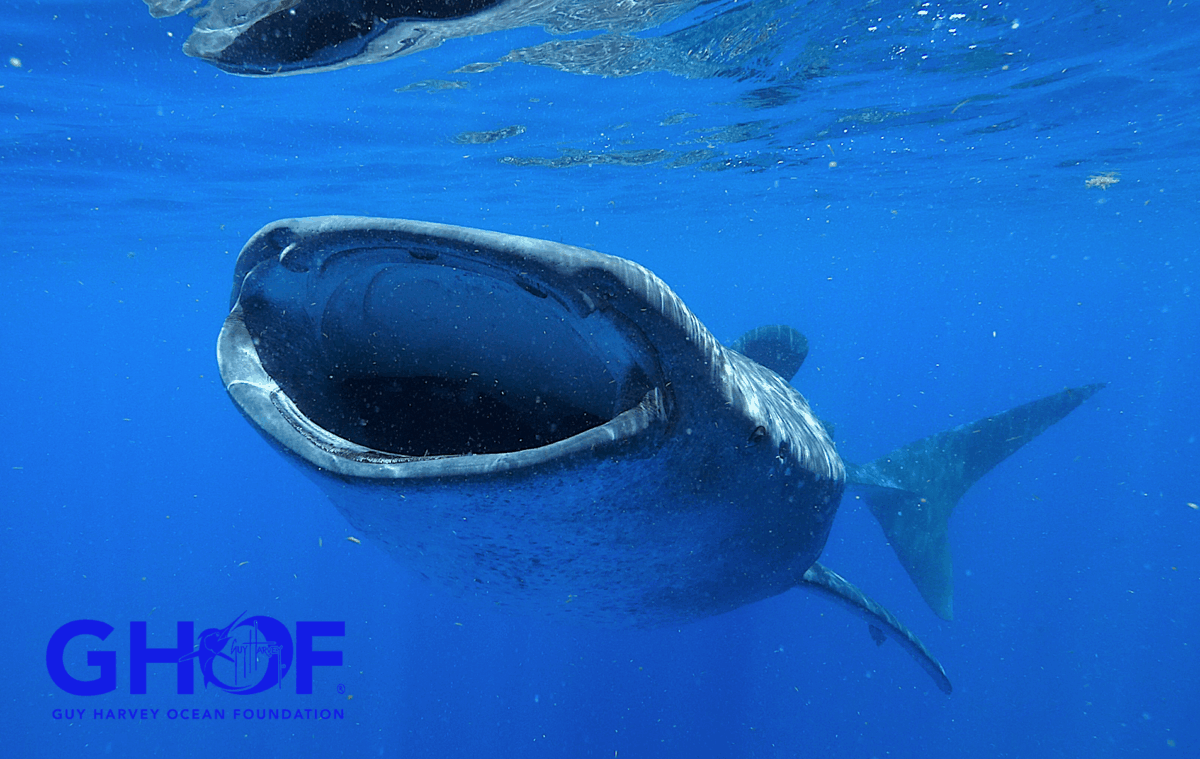 One whale shark successfully avoided research scientists for several years FORT LAUDERDALE/DAVIE, Fla. – For humans, the concept of social distancing is really just a few months old. But for …