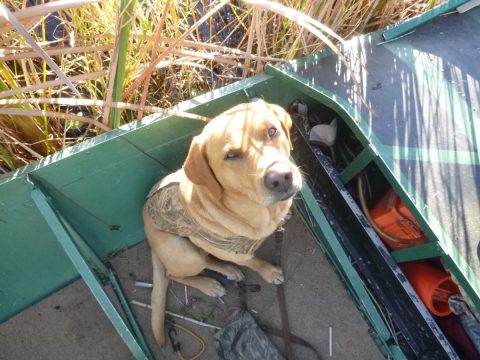 At 730 square miles and visible from outer space, Lake Okeechobee virtually compels ducks migrating from the frigid north to the tropics to stop, rest, and feed.

When the first wave made it to the Big O just before Thanksgiving, they were met by legions of shotgun-wielding hunters hiding in the marshes.

But the wily waterfowl learned quickly to duck all that small-arms fire, as hunters Bobby Stafford and Sam Heaton found out during their early-season outing about a week ago.

Time commitments had limited their pre-season scouting, but Stafford– an Okeechobee hunting and fishing guide– located a promising slough coated with lily pads and surrounded by tall cattails a short airboat ride from Okee-Tantie Park on the lake’s north end.  The marsh was shallow enough for the ducks to alight and feed while the vegetation provided concealment for the hunters.  Waves of ducks flew by as he watched.

A couple days after the season opened, Stafford, Heaton and Heaton’s yellow Labrador retriever Finn got to their blind more than an hour before dawn and scattered an array of teal, ring-necked and coot decoys in the slough. Then Stafford tucked the airboat behind the cattails and the hunters waited for legal shooting hour to arrive.

But all was not quiet in the marsh. Even as the first pink outline of sunrise appeared, at least a half-dozen airboats and john boats roared noisily into the area.

Stafford had to shine a spotlight at an approaching airboat to keep it from coming directly into his blind.

Things didn’t get much better from there.  Stafford and Heaton saw several flights of ducks before it was legal to shoot.  But once shooting hour arrived, the birds were scarce.  Gunfire pierced the air nearby, but few hunters appeared to be hitting anything.

Heaton fired at three ring-necked ducks that zoomed by directly overhead, but missed.   A couple teal formations approached, but then angled away before coming into shotgun range.

Finally a single ‘ringer’ flared in close, and Stafford splashed it.  The two hunters waited for some more over-flights, but no more came.  The few flocks they spotted veered far away from the blind or stayed up too high to hit.

“The way they were buzzing in the dark, I thought we’d get a lot more shooting,” Stafford said.  “They get leery fast.”

The hunters waited in the blind for another hour or so but when nothing happened, they sent Finn to retrieve the lone duck.  Then they picked up the decoys and took the long way back to Okee-Tantie, scattering numerous coots but surprisingly few ducks.

Neither seemed disappointed; both said they’d thoroughly enjoyed themselves.

“For me, it’s being in the marsh, the wildlife, the birds, the ducks,”  Heaton said.

Added Stafford:  “I can’t think of anywhere I’d rather be.” 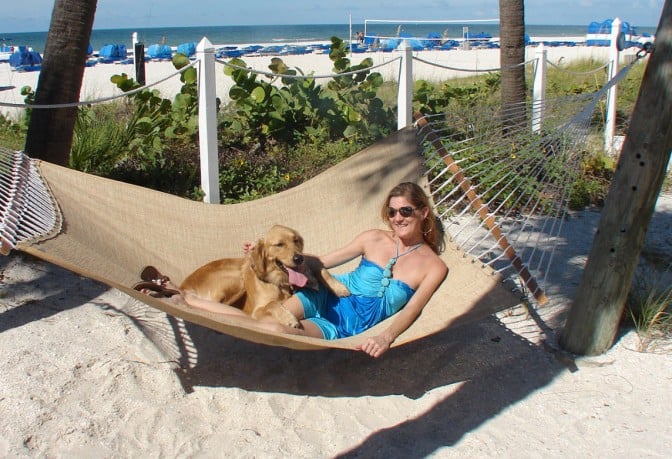 SWING IN A FREE HAMMOCK THIS SUMMER

By Sue Cocking, Guy Harvey Outpost Travel Journalist scocking@guyharveyoutpost.com Summer: the season of swimming, shish-kebabing, and swinging in a hammock. Somebody somewhere in the U.S. declared July …