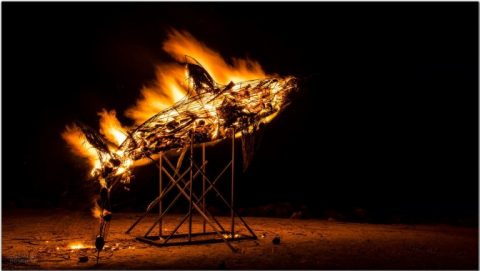 The Blazing Mako Tournament & Festival Father’s Day weekend at the Islander Resort, a Guy Harvey Outpost in Islamorada, celebrated a series of firsts:

– a 30-foot sculpture of a mako shark fashioned of rebar was set on fire on the beach;

-attendees were treated to an art show featuring all sorts of original works in various media;

–a 16-year-old caught and released his first tarpon in the same tournament–and won;        And on and on.

The event’s primary goal was to raise money for scholarships for students at the Halmos College of Natural Sciences and Oceanography at Nova Southeastern University whose mascot is the mako shark. The scholarship recipients were hard at work as volunteers at the event. But everyone had a lot of fun along the way.

Dr. Mahmood Shivji–head of the Guy Harvey Research Institute at Nova–competed in the offshore division of the Blazing Mako Fishing Tournament aboard the very fast, very capable Advanced Roofing 39-foot center console.  Running and gunning far offshore, the team encountered so many dolphin fish, according to Shivji, that they exclusively targeted the big ones.  Shivji caught the contest’s largest — a 26.6-pounder. The crew caught two more, plus a 14-pound tuna for Bill Workman. Advanced Roofing won $10,000 for top boat.

“My first tournament!” Shivji said. “Terrific fun, a really good experience for me.  Most of my time is spent catching and tagging sharks–no tournament fishing at all.  These guys are amazing.  All credit goes to them.”

The father-and-son team of Chip and Dan Lafferty of Hill/York, fishing the Everglades National Park back country with Captain Mike Haines, took the runner-up spot with a tarpon and five redfish.   Dan, age 16, released the tarpon– his first– estimated at 50 pounds.

Said Dan: “It was awesome!”

Taking third place was Stu’s Crew, with International Game Fish Association Hall of Famer Stu Apte, Captain Steve Thomas, and me.  Fishing in the ‘Glades back country, I released three snook–two on a chugger and one on a jig.  The only reason I got to join the team was that the angler who bid $1,500 to fish with Apte and Thomas was forced to drop out at the last minute.  So — lucky for me and what fun!  We donated our prizes of a King Sailfish trophy and Guy Harvey print to the trophy room at the Islander.

About the time the prize-giving wrapped up on the beach, artist Pasta Pantaleo’s metal mako sculpture, stuffed with palm fronds and other flammables, was set on fire under the watchful eyes of members of the fire department.  Several hundred festival goers rushed over to the roped-off scene and shot photos and videos with their smart phones. The Shane Duncan Band provided the live soundtrack as the blaze slowly burned out and left the metal framework intact.  Pantaleo said he and the Islander plan to share custody of the sculpture and present it at special events around town.

Too bad the party had to end.  Here’s to the next Guy Harvey Outpost Bonfire Series event! Visit www.guyharveyoutpost.com for future events!

By Sue Cocking | Guy Harvey Outpost It looked more like the marine version of a rodeo than a scientific expedition in the clear, shallow waters of Tiger Beach off West End, Grand Bahama Island in the spring … 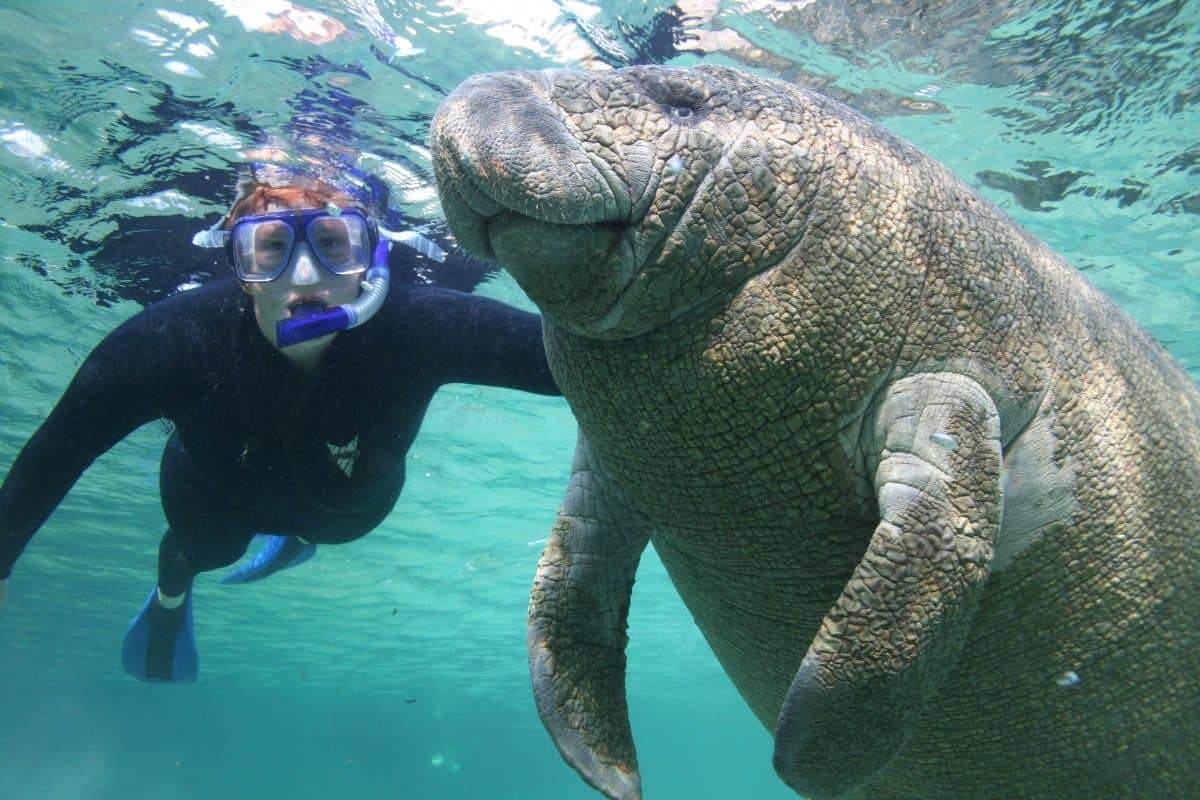