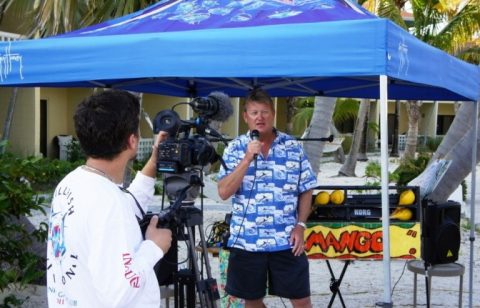 Fishing began today at the Billfish Invitational Tournament with clear skies and light winds. Local fishermen have reported good activity in recent days leading up to today’s kick off so there’s plenty of optimism in the air. Twelve boats headed out early rigged and ready for action.

Anglers and dignitaries enjoyed a full evening of festivities Wednesday evening at the newly renovated Bimini Big Game Club, which has been rebranded and rebuilt as a Guy Harvey Outpost Resort & Marina. Numerous world records have been caught in the waters here and, of course, Bimini was a favorite haunt of legendary fisherman and author Ernest Hemingway. 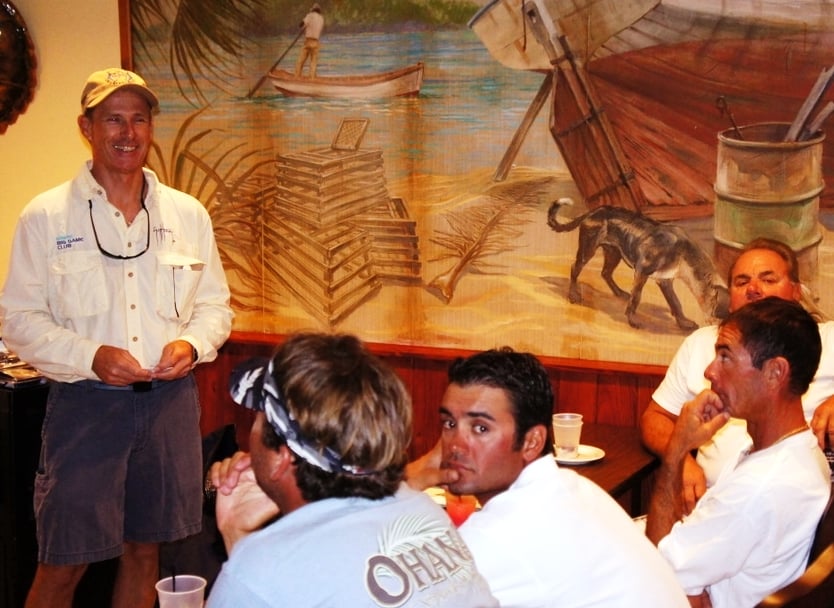 This is the first billfish tournament since the resort was rebuilt with the help and co-ordination of Guy Harvey. The tournament has not only attracted top fishermen but also an eclectic collection of artists and top marine photographers such as Pat Ford, Scott Kerrigan, and Bill Boyce, who is shooting a documentary with Guy and his crew.

The Big Game is On, so much more to follow…