The day began with sunny skies and nice reggae music playing at the open air Big Game Bar and Grill. I munched on eggs and bacon and slurped down mucho coffee after a big night of festivities at the Billfish Invitational opening celebration. (Note to self: avoid Appleton’s Reserve Rum in the future – stick to virgin Coca Cola).

We set out after a hearty breakfast for a few scuba dives with Guy Harvey, his son Alex, Steve Stock (GH Inc, President), Frank Johnson of Mold Craft and sculptor Kent Ullberg. Fishing boats headed out into a glassy sea and negligible winds – 12 boats in all – to try their luck with the wily billfish. A full report on that will come later tonight or tomorrow.

The weather is absolutely and positively PERFECT with zero wind or waves. The scuba trip was also stellar. Saw lots of cool critters – turtles, rays, grouper, permit, and the rest of their slimy brethren.  But no sharks. However, Guy Harvey is not the kind of dude to be disappointed. He gathered four mahi-mahi carcasses yesterday for a chum fest this afternoon on the shark dive.

That report as well as fishing results will be coming later, that is, unless the song of the Appleton’s Reserve fills the air with its sweet music before I can jump into the blogosphere. We will see what wins – rum or blog. Place your bets!! 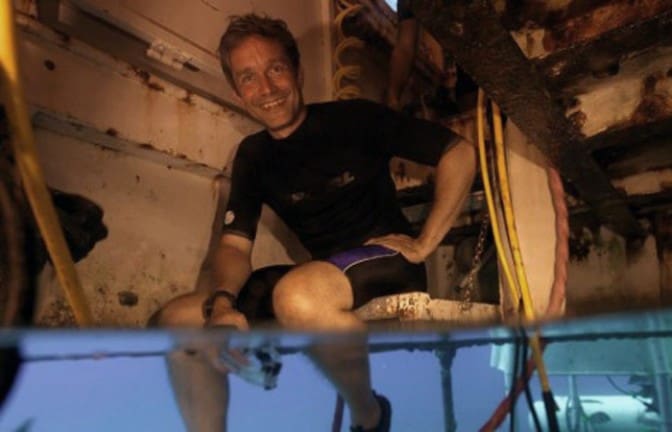 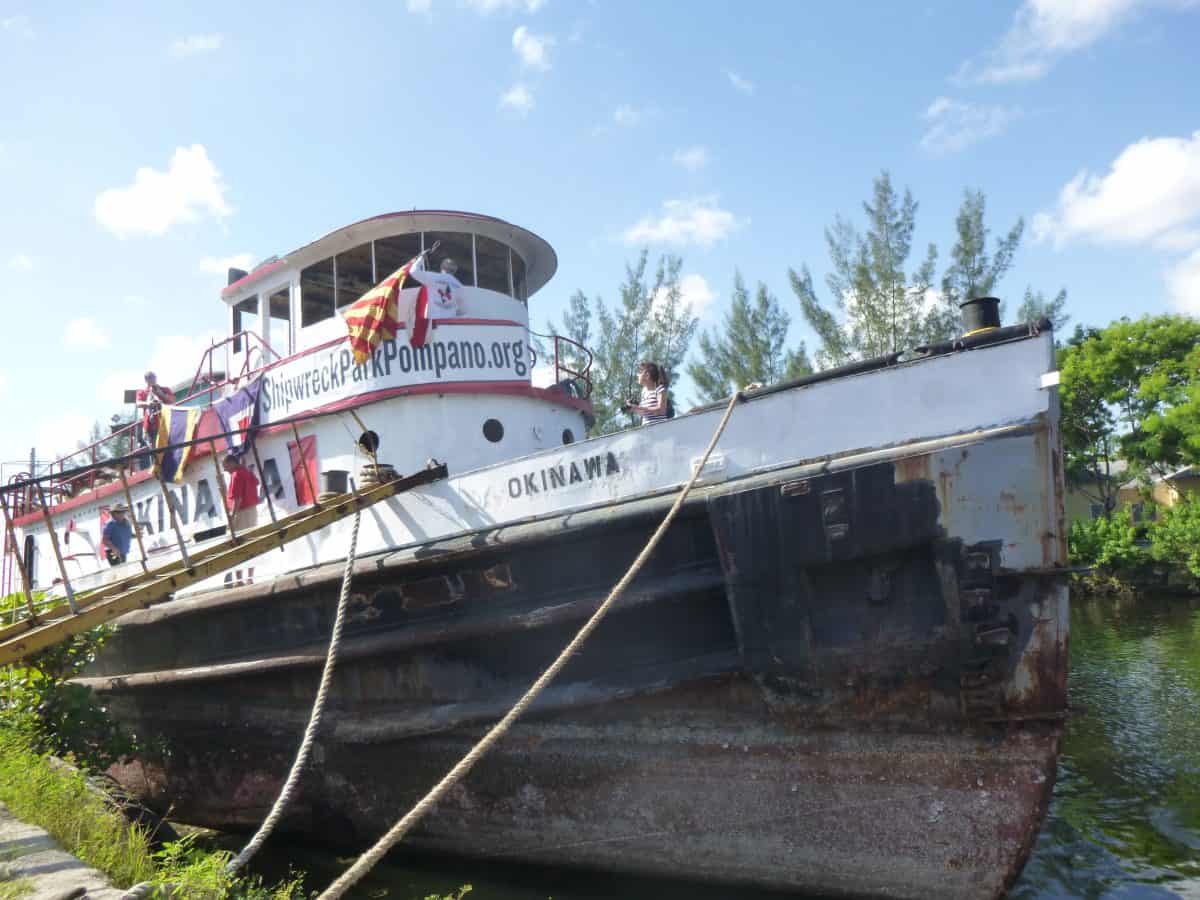 Pompano Beach, Florida’s Shipwreck Park– a collection of 16 sunken vessels located a short distance offshore in the Atlantic–is about to get its first dive bar.  And you can become a …