Growing up in Jamaica, Guy Harvey spent many hours fishing with his father along the island’s south coast. He was obsessed with the creatures of the sea and began drawing pictures of the many different fish he observed.

In 1985, Guy produced a series of 44 original pen and ink drawings inspired by the Ernest Hemingway classic “The Old Man & the Sea”, and displayed them at an exhibition in Jamaica. Based on the show’s success, and a subsequent trip to Havana to fish the Hemingway Billfish Tournament, Guy was compelled to create a complete series of drawings to honor Hemingway’s work.  As they say, the rest is history!

Al these years later, Guy continues to find inspiration in the bigger-than-life exploits of Hemingway. In 1999, Guy and fellow IGFA trustees celebrated the opening of the organization’s new facility with an exhibit of Hemingway’s fishing exploits, literature and memorabilia. And now, a decade later, Guy has returned to Bimini to honor Hemingway’s contributions to big game fishing and his celebration of this “Island in the Stream”.

This Guy Harvey original is one of Guy’s most cherished pieces. This original pen and ink highlights the power of the majestic blue marlin, and defines the enduring spirit of anglers who challenge these great fish. In a fitting tribute, Guy has rendered the blue marlin in bold, real-life color – a detail that emphasizes the blue marlin’s supremacy of the oceans.

In addition to this stunning piece of artwork, the offering also includes an autographed copy of “Santiago’s Finest Hour”, a special edition, out-of-print book published in 1999 on the Centennial of Hemingway’s birth.  Enjoy a first-hand perspective of Guy’s appreciation for Ernest Hemingway, whose exploits and writing have inspired Guy and millions others, including those participating in the inaugural Billfish Invitational. Framed 25 ½” x 36 ½”.   Donated by Guy Harvey.

Tickets to nightly events of the inaugural 2011 Billfish Invitational are available for $150/pp.  Price includes cocktails, dinner and participation in the auction and award presentations.

On-site auction is Thursday, May 19th at the Bimini Big Game Club. Online bids accepted through Midnight, Wednesday, May 18. 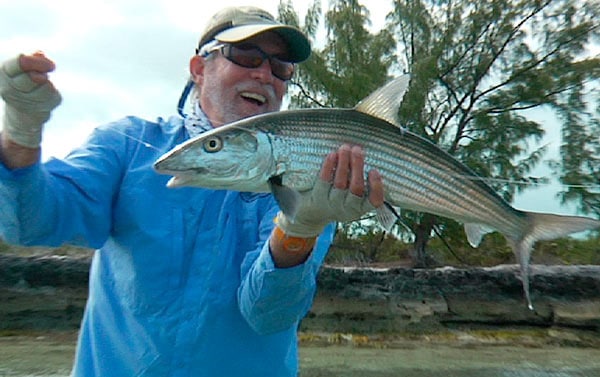