John Hemingway, grandson of the legendary Ernest, is in Bimini this week while on assignment for Showboats International magazine. John, who is being hosted by the Bimini Big Game Club, is sampling the best of Bimini – including many of the pursuits and places that were favorites of his grandfather during his years on the island (1935-1937). John filed the following dispatches after spending the day with Bimini’s famed guide and boat builder, Ansil Saunders:

Mr. Saunders is a very interesting man. Apart from having bonefished for over fifty-five years, he was a good friend of Dr. Martin Luther King. King visited Bimini several times in the 1960s and on one of his last visits in 1968, he told his friend Ansil, while the two of them were out fishing, that he knew that he was going to die soon, that his time had come, but also that God must exist, saying “look at the sheer abundance of life you have here, in the air and in the sea. This is proof, if ever proof was needed.

Here Mr. Saunders is seen holding a photograph of himself and the US ambassador to the Bahamas when she gave him a plaque commemorating his friendship with Dr. King. 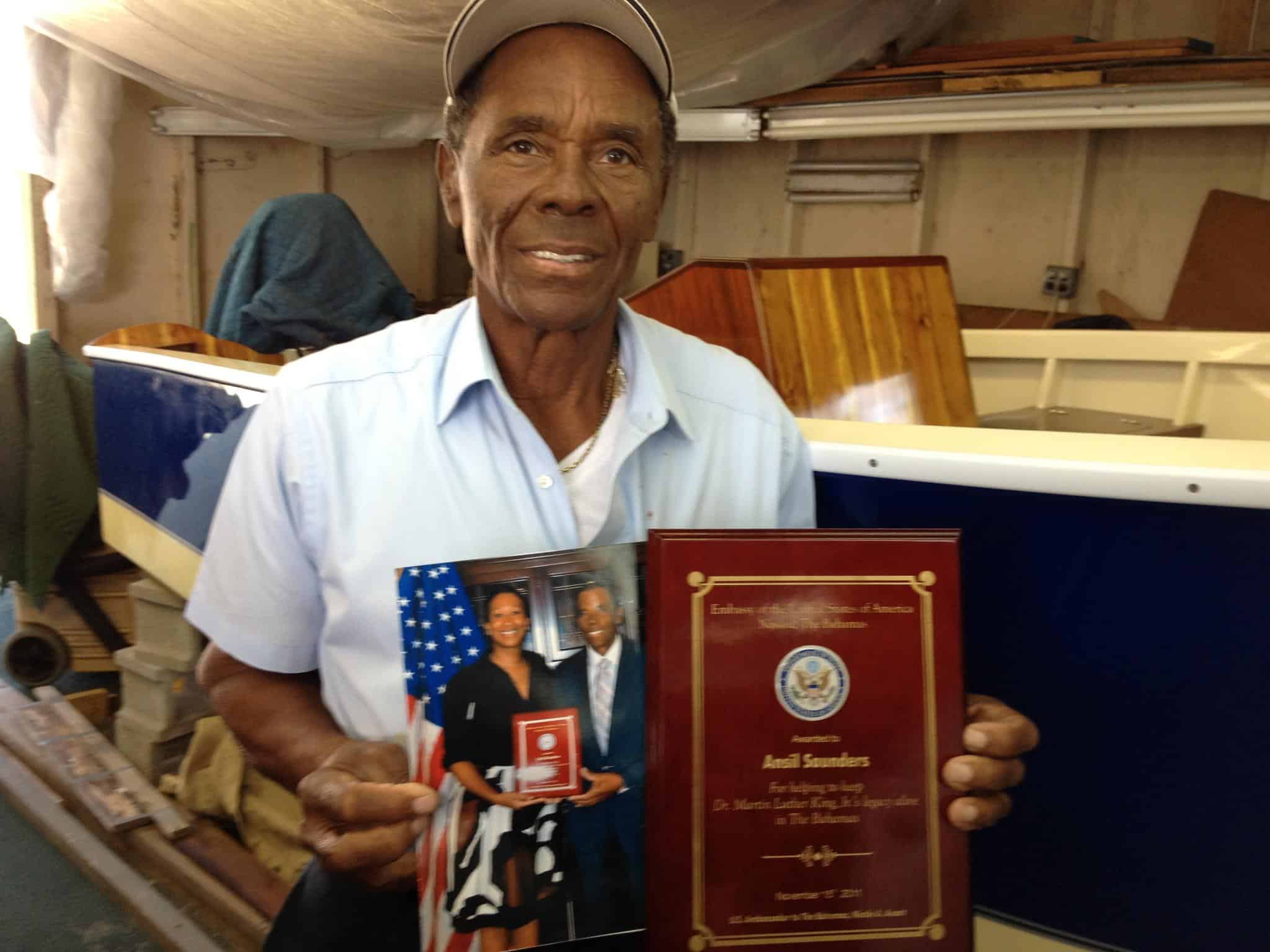 Here I’m standing behind my fishing guide, Mr Ansel Saunders. He built the bonefishing boat we’re standing next to, the cost about $30,000, incredible craftsmanship.

This guy was heavy and towards the end I was bringing in one after the other, and god do they fight (all of them were released afterwards, you don’t eat bonefish). What a morning! 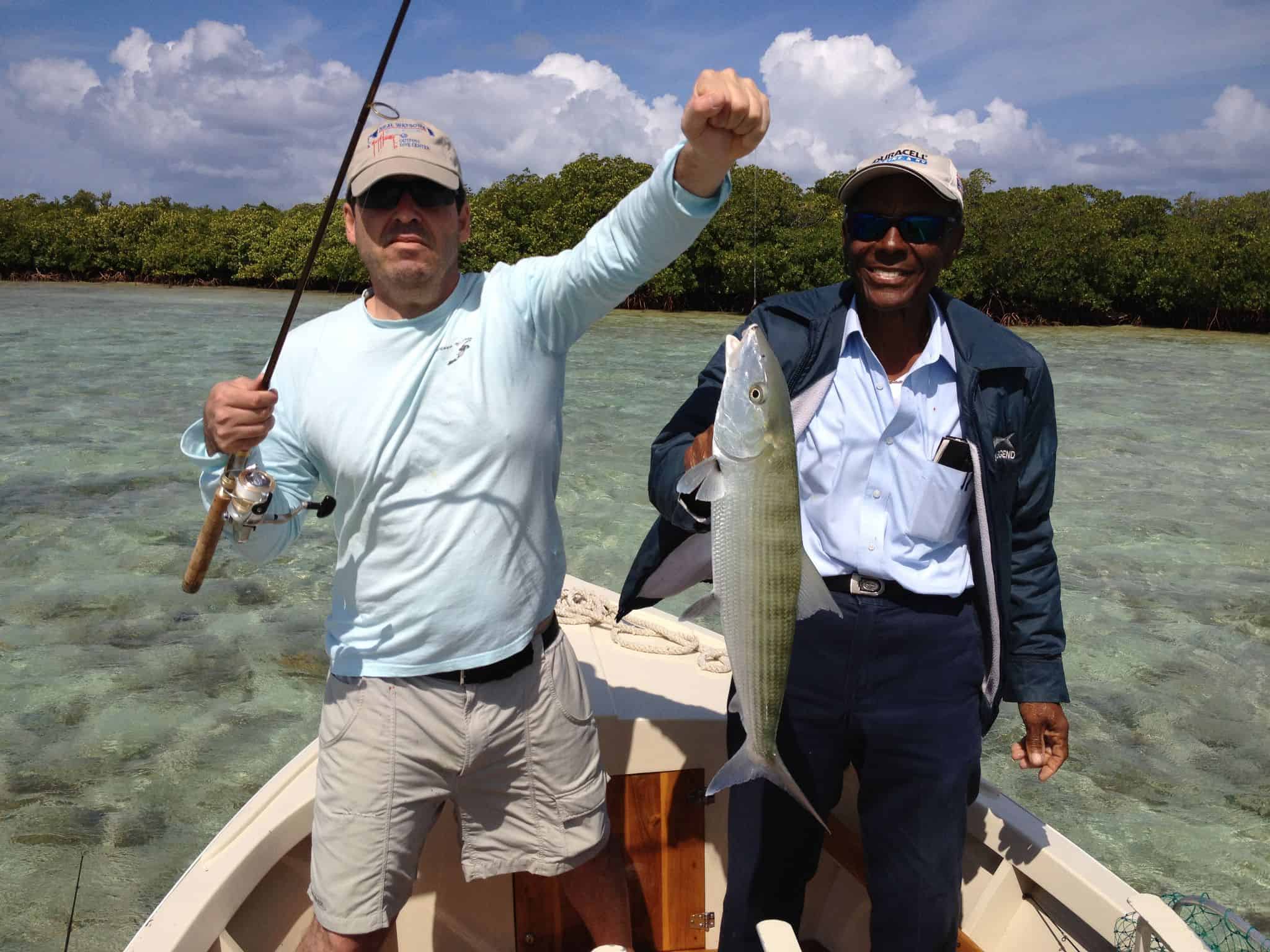 The first bonefish I caught, out of about a dozen, incredible morning, about six pounds, of the eastern coast of South Bimini, Bahamas. 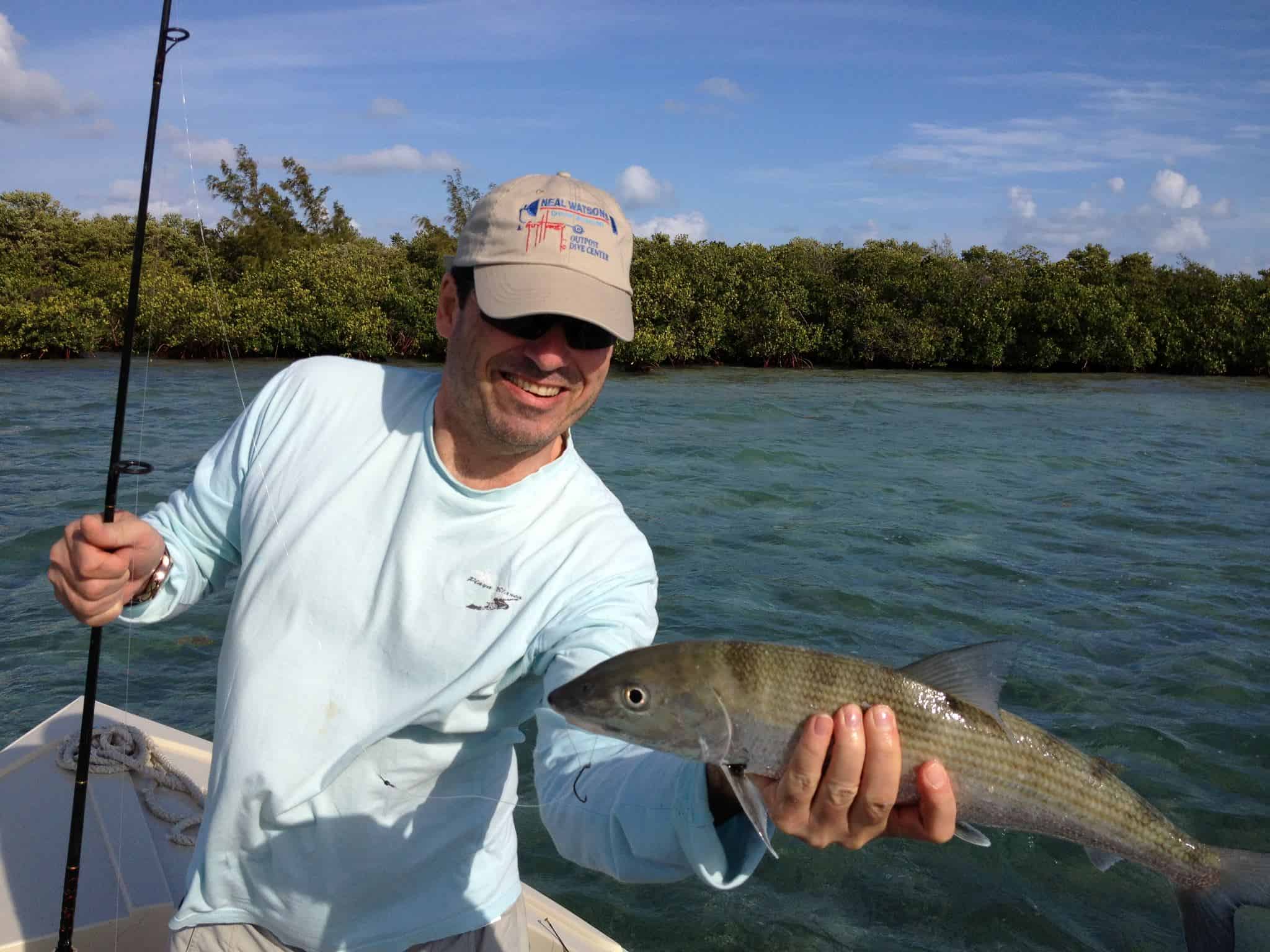 Stay tuned for more updates from John’s trip to Bimini!

When Angela Smith and eight Guy Harvey Outpost Whale Shark Expedition members plunged into the Caribbean Sea off Mexico earlier this month, they thought they might not be able to keep up with the school …