Bimini – day two on the water was as much of a Big Game as it was a Billfish Tournament.  Six billfish were hooked and almost every boat saw fish for the second day in a row. Also, two boats came in with amazing stories of swimming with whales.

Guy Harvey spent the day riding with Tedd and Tammy Amberg on the Hillary Lynn where they had a front row seat watching an aerial display of a blue marlin on the vessel Southside, which was fishing nearby.

Three of the fish hooked were reported over 500 pounds and two of blues on the line were in the 200-300 pounds. Also seen were a tailing white marlin and several free jumping billfish.

“It’s been a good run of nice sized fish,” said Tournament Director Ned Stone, “and we’ve had good fishing. Of course, there’s always the challenge of getting big fish to the boat.”

The tournament has been blessed with sunny skies and light winds providing excellent conditions for sighting other big beasts. In the spirit of Guy Harvey’s passion for marine conservation and swimming with large marine animals, one team was able to get into the water with a pod of pilot whales and another team swam for a half hour with a whale shark.

Erik Akins and Robert Collins of the Last Dance Team spotted a pod of pilot whales and hailed Chris Peterson from the Hell’s Bay Hopper Team on the radio. Peterson’s team swam with the whales and said that they were eating a big blue fin tuna.

“One of the whales swam by with the tuna’s head in its mouth,” Peterson said. “Another had the body of the tuna. They were sharing the fish. It was pretty incredible.

Gaston Legorburu’s Tag Line team came back to the dock with stories and photos of swimming and riding a 16-20 foot whale shark.

The day ended with a fabulous tribute dinner for Frank Johnson, creator of the iconic Mold Craft soft head lures.  Many stories were told, some not to be repeated herein, and artist Ed Pang presented his perpetual trophy to Frank which displays a bronze Mold Craft lure a top of a jumping marlin.

by Sue Cocking, Guy Harvey Outpost staff writer scocking@guyharveyoutpost.com Those delicately-flavored sautéed frog legs you pay $25 and up for in South Florida restaurants do not come from amphibian … 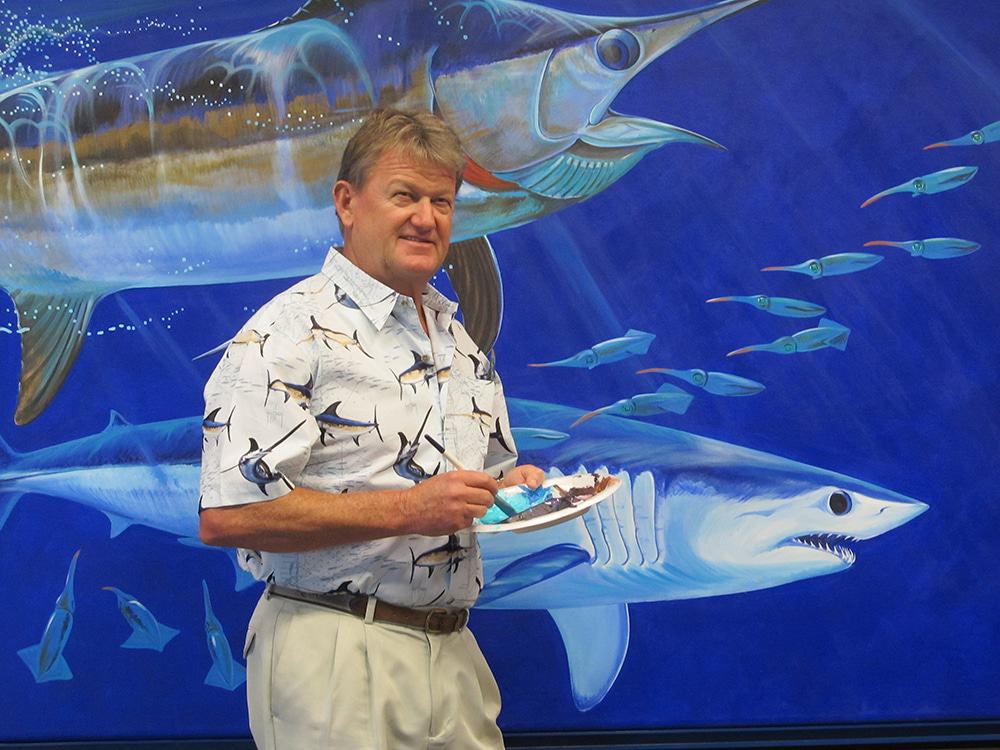 To all our Outpost Customers, Never have I seen the sea as rough, or winds as strong, as we now are experiencing in our expedition together.  We are a team, and together our ship will get through …